Ruzena Bajcsy's ("buy chee") current research is in system identification of human interaction with their environment including robots. The applications are numerous, both in modeling the human driver as it applies to transportation domain using visual, audio and force, detecting his/her state and based on this controlling the the driving scenarios. Another important application her group is exploring is the Human assistive robot technologies in collaboration with the medical school in San Francisco.

Dr. Bajcsy has done seminal research in the areas of human-centered computer control, cognitive science, robotics, computerized radiological/medical image processing and artificial vision. She is highly regarded, not only for her significant research contributions, but also for her leadership in the creation of a world-class robotics laboratory, recognized world wide as a premiere research center. She is a member of the National Academy of Engineering, as well as the Institute of Medicine. She is especially known for her wide-ranging, broad outlook in the field and her cross-disciplinary talent and leadership in successfully bridging such diverse areas as robotics and artificial intelligence, engineering and cognitive science

Previously, Dr. Bajcsy was appointed Director of CITRIS at the University of California, Berkeley on November 1, 2001. Prior to coming to Berkeley, she was Assistant Director of the Computer Information Science and Engineering Directorate (CISE) between December 1, 1998 and September 1, 2001. As head of National Science Foundation’s CISE directorate, Dr. Bajcsy managed a $500 million annual budget. She came to the NSF from the University of Pennsylvania where she was a professor of computer science and engineering. Dr. Bajcsy is a pioneering researcher in machine perception, robotics and artificial intelligence. She is a professor both in the Computer and Information Science Department and in the Mechanical Engineering and Applied Mechanics Department at Berkeley. She is also a member of the Neuroscience Institute and the School of Medicine. She is also director of the University of Pennsylvania’s General Robotics and Active Sensory Perception Laboratory, which she founded in 1978. 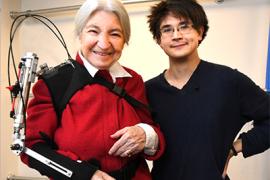 Engineering to Restore Power to the People 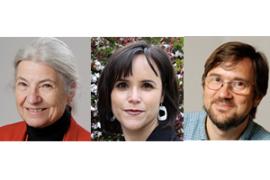 Three faculty members have been selected as 2016-17 Signatures Innovation Fellows, receiving as much as $100,000 per year each for up to two years to pursue commercially promising data science and software projects.

Engineering to Restore Power to the People

Three faculty members have been selected as 2016-17 Signatures Innovation Fellows, receiving as much as $100,000 per year each for up to two years to pursue commercially promising data science and software projects.