Hany Farid's research focuses on digital forensics, forensic science, misinformation, and human perception. We are living in an exciting digital age where nearly every aspect of our lives are being affected by breakthroughs in technology.  At the same time, these breakthroughs have given rise to complex ethical, legal, and technological questions.  Many of these issues arise from the inherent malleability of digital media that allows it to be so easily altered, and from the speed and ease with which material can be distributed online. Farid's lab has pioneered a new field of study termed digital forensics whose goal is the development of computational and mathematical techniques for authenticating digital media.

Farid received his undergraduate degree in Computer Science and Applied Mathematics from the University of Rochester in 1989, his Ph.D. in Computer Science from the University of Pennsylvania in 1997. Following a two-year post-doctoral fellowship in Brain and Cognitive Sciences at MIT, he joined the faculty at Dartmouth College in 1999 where he remained until 2019. He is the recipient of an Alfred P. Sloan Fellowship, a John Simon Guggenheim Fellowship, and is a Fellow of the National Academy of Inventors. 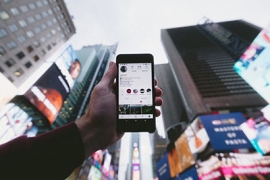 Misinformation surrounding the coronavirus pandemic is different from other online conspiracies in at least one important aspect. People may die as a result of coronavirus misinformation. 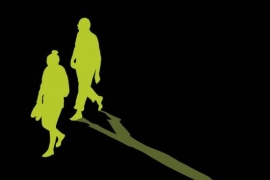 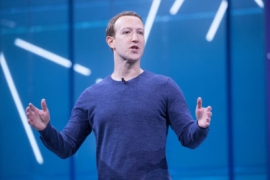 Berkeley links up with Facebook, but wants to see tech giant’s accountability

Facebook, weathering an onslaught of bad press, is concerned enough to have announced this week it is making a $7.5 million investment in a partnership with three universities — UC Berkeley, Cornell and Maryland — to develop new methods to improve detection of fake content, fake news and misinformation campaigns.

Misinformation surrounding the coronavirus pandemic is different from other online conspiracies in at least one important aspect. People may die as a result of coronavirus misinformation.

Berkeley links up with Facebook, but wants to see tech giant’s accountability

Facebook, weathering an onslaught of bad press, is concerned enough to have announced this week it is making a $7.5 million investment in a partnership with three universities — UC Berkeley, Cornell and Maryland — to develop new methods to improve detection of fake content, fake news and misinformation campaigns.

Please note: The views and opinions expressed in these articles are those of the authors and do not necessarily reflect the official policy or positions of UC Berkeley.
March 19, 2021

NPR
Emma Bowman
The recent proliferation of believable deepfake videos - including ones featuring actor Tom Cruise - have raised new fears about phony events that can be used to sway public opinion. Hany Farid, a professor at the University of California, Berkeley, says that the Cruise videos demonstrate a step up in the technology's evolving sophistication. "This is clearly a new category of deepfake that we have not seen before," said Farid, who researches digital forensics and misinformation. Deepfakes have been around for years, but, Farid says, the technology has been steadily advancing. "Every three to four months a video hits Tik Tok, YouTube, whatever, and it's just  wow, this is much, much better than before," he said. Another story on this topic appeared on ABC News.
FullStory

The National
The chair of Germany's artificial intelligence committee has called for tougher measures to curb the spread of fake news. Her concern came as the CEP published a report called "The Creation, Weaponization and Detection of Deep Fakes". The report's author, Professor Hany Farid from the University of California, Berkeley, explained that deep fakes, which see famous people such as U.S. President Donald Trump having words placed over official video footage, are growing in sophistication. "I think everyone can see the damage that this type of content can create for misinformation campaigns," he said. "Now we have videos of someone saying whatever you want them to say to bolster that misinformation." For more on this, see our press release at Berkeley News.
FullStory

'The finest minds in the world': Bay Area researchers race to fight coronavirus with innovation and creativity

San Francisco Chronicle
Jill Tucker
A lot of the finest minds of the world have turned to COVID-19, information and electrical engineering and computer sciences professor Hany Farid says about the unprecedented galvanization of academia to help solve the global crisis. Professor Farid, an expert on deepfake imagery and online misinformation, has also switched gears to research the spread of misinformation and conspiracies related to the coronavirus. Noting that the problem is global, and that people are scared and turning to social media, he says that that provides the conditions for a perfect "sstorm." Referring to social media posts promoting dangerously bogus ideas about COVID-19 cures, he says: "This is why we have people drinking bleach thinking they're going to be cured. ... We need to undo the stupidity that's out there." To that end, he developed a survey last week, asking some 500 people to read 40 COVID-19-related headlines, of which half were true and half were not, and report if they had seen the headlines, believed them, or knew someone who would believe them. About 15% of the respondents said they knew someone who would believe the gargling bleach cure is valid, according to preliminary results. "That's shocking," he says. "Now the question is what's next." Answering that call, he's developing early detection systems to spot online misinformation campaigns and flag them for social media companies.
FullStory (*requires registration)