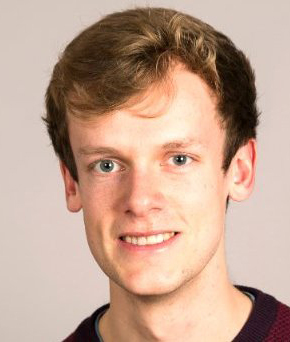 Alexander Forse joined UC Berkeley as a Philomathia Research Fellow in 2016 after completing postdoctoral work in Chemistry at the University of Cambridge, UK. Alexander studied Natural Sciences (M.Sci.) at the University of Cambridge. He continued at Cambridge with graduate research in the group of Professor Clare Grey in the Department of Chemistry, and received his Ph.D. in 2015 for work on the development and application of nuclear magnetic resonance (NMR) spectroscopy to the study of supercapacitors. By carrying out NMR experiments on working supercapacitor devices, the molecular processes underlying charging and discharging were unravelled. Recent post-doctoral work has shown how charging dynamics can be probed in supercapacitor electrodes using magnetic resonance methods.

In 2016 Alexander was honoured with a prize for the best Ph.D. thesis from the Royal Society of Chemistry Energy Sector. He was also the recipient of the Sims Scholarship for Ph.D.s awarded for outstanding merit and promise in Chemistry, the Emeleus Prize for distinction in inorganic chemistry (Cambridge University, Department of Chemistry) as well as the Johnson Matthey Prize for the best inorganic research project (Cambridge University, Department of Chemistry).

At UC Berkeley, Alexander’s work will focus on the study of porous materials for carbon dioxide capture and storage (CCS). CCS can play an important role in reducing anthropogenic carbon dioxide emissions in the coming decades. Magnetic resonance methods will be developed to study the mechanisms and kinetics of carbon dioxide storage in new CCS materials. A detailed understanding of the sorption processes at the molecular level will facilitate the design of improved materials. Experiments will be carried out under realistic operating conditions for post-combustion CCS, such that the effects of hydrostatic and mechanical pressure can be understood and controlled. He will be working closely with Professors Jeffrey R. Long and Jeffrey A. Reimer. 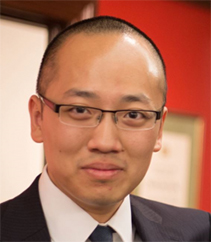 At UC Berkeley, Junling is a team member at the Joint Research Center on Energy and Climate Change. His research interests include China’s energy and climate policy, China’s science and technology policy, and China’s governance.

Junling received a Ph.D. in Engineering Sciences from John A. Paulson School of Engineering and Applied Sciences, Harvard University in 2014. His thesis research investigated the prospects for wind in a climate-friendly energy future.He earned a B.S. from School of Physics, Peking University in 2009.