Raúl Coronado is an associate professor in the Department of Ethnic Studies at UC Berkeley.  His teaching and research interests are in Latina/o literary and intellectual history, from the colonial period to the 1940s. In a sense, this field and period allow—indeed force—us to rethink the literature of the Americas in a transnational, hemispheric framework. That is, Latina/o literature has usually been described as a twentieth-century phenomenon, emerging for the most part during the Civil Rights movements of the 1960s and 70s. Yet a return to the literary-historical archive reveals a quite different genealogy. Beginning in the late eighteenth century, Spanish Americans—including Mexicans, Cubans, Puerto Ricans, Venezuelans, and Colombians—sought refuge in the U.S. and used the printing press, especially in Philadelphia, Charlottesville, and New Orleans, to foment support for the independence of their Spanish American countries. Likewise, during the first half of the nineteenth century, the printing press arrived across what is today the U.S. Southwest and gave birth to a vibrant and often belligerent print culture. It was through these published texts that ideas associated with modernity were, for the first time, debated and developed in print among Latinas/os, ideas such as representative government, the rights of citizen-subjects, and the power of the press to reconfigure society. By returning to the archive, rethinking the category of literature, genres, and disciplines, and engaging with the theoretical-historical problematic of modernity and colonialism in the Americas, we can begin to imagine alternative historical geographies for a literature of the Americas, one where the seemingly impermeable barrier between U.S. and Latin American literary and intellectual history begins to disintegrate in U.S. Latina/o studies.

His first book project, A World Not to Come: A History of Latino Writing and Print Culture (Harvard 2013), explored these questions by focusing on the transnational development of a print and literary culture in Texas. However, rather than take literature as the beginning object of study, his teaching and research historicizes the process by which certain genres came to be identified as literature. Consequently, he emphasizes the contemporary, social meaning of writing. The nineteenth-century specialization of knowledge associated with modernity gave shape to our contemporary definition of literature as a genre distinct from political writing, journalism, and history, for example. By modernity, he invokes the Enlightenment's dream: the notion that society could, with the benefit of studied knowledge, progress indefinitely. But the spread of modernity from Europe to the Americas was never merely a question of reproducing an original blueprint. How democratic institutions unfolded, how writing fragmented and became specialized into political and aesthetic spheres, and the subjective transformations required for these changes all depended on who and what existed at the local level as well.

His teaching balances the need for coverage and theoretical analysis; it focuses on and is attuned to the historical specificities of a particular region of the Americas—the U.S.-Mexico border—but simultaneously provides new insights into the literary and cultural legacies of modernity and colonialism in the Americas. In the next several years, his teaching will focus on the development of a US Latina/o public sphere; how 19th and early 20th century Latinas/os engaged with and theorized the development of a modernity in the US Southwest, New Orleans, and the East coast; Latina/o intellectual history and cultural studies; and comparative postcolonial literatures and theories of nineteenth-century Americas. He also has longstanding interests in queer and feminist theory, with a particular focus on how women of color have theorized the queer subject and the emergence of queer Latina/o print culture and publics. 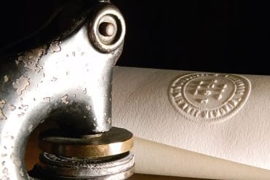 Please note: The views and opinions expressed in these articles are those of the authors and do not necessarily reflect the official policy or positions of UC Berkeley.
April 12, 2021

Guggenheim Fellows for 2021 Announced. Here Are The Universities With the Most Winners.

Forbes
Michael T. Nietzel
The Guggenheim Fellows for 2021 were announced this week. This year's winners include 184 scholars, artists, scientists and writers selected via a rigorous peer review process from more than 3,000 initial candidates. UC Berkeley hosts four new Guggenheim fellows: Christopher J. Chang (Chemistry), Raúl Coronado (Ethnic Studies), Ken Light (Journalism), and Debarati Sanyal (French). The prestige of a Guggenheim Fellowship is substantial. Since its inception almost a hundred years ago, the John Simon Guggenheim Memorial Foundation has granted nearly $400 million in Fellowships to over 18,000 individuals. For more on this, see our press release at Berkeley News.
FullStory