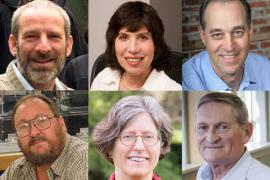 Six scientists are among the 396 newest fellows elected to the American Association for the Advancement of Science (AAAS) for “advancing science applications that are deemed scientifically or socially distinguished.” 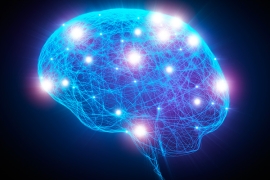 Six scientists are among the 396 newest fellows elected to the American Association for the Advancement of Science (AAAS) for “advancing science applications that are deemed scientifically or socially distinguished.”

Please note: The views and opinions expressed in these articles are those of the authors and do not necessarily reflect the official policy or positions of UC Berkeley.
December 2, 2019

Science Alert
https://www.sciencealert.com/
While mammals are functionally blind at birth, their eyes see much more in the womb than previously believed, according to a new study by a team of Berkeley researchers. The study, conducted in mice and monkeys, found that light-sensitive cells in the retina, called ipRGCs (intrinsically photosensitive retinal ganglion cells), relay information about ambient light to different parts of the brain. "In the past, people demonstrated that these light-sensitive cells are important for things like the development of the blood vessels in the retina and light entrainment of circadian rhythms, but those were kind of a light on/light off response, where you need some light or no light," says molecular and cell biology professor Marla Feller, a member of Berkeley's Helen Wills Neuroscience Institute and the study's senior author. "This seems to argue that they are actually trying to code for many different intensities of light, encoding much more information than people had previously thought." For more on this, see our press release at Berkeley News. Stories on this topic appeared in dozens of sources around the world, including News-Medical, India Times, Iran Daily, and Baby Gaga.
FullStory