Research in Professor Judith Klinman's laboratory is concerned with the nature of enzyme catalysis. Despite tremendous progress over the last decades, much remains to be learned and we are far from being able to design proteins from first principles. At the current time there is a paucity of information concerning reaction barrier shapes at enzyme active sites, as well as the contribution of protein dynamics to bond cleavage processes. An extremely valuable approach to these questions involves the detection and quantitation of hydrogen tunneling in enzymatic reactions. The Klinman group has amassed evidence that room temperature nuclear tunneling occurs among a long list of enzymatic reactions.  A quantitative treatment of the data is providing insight into the role of protein/heavy atom motions in promoting C-H activation via a tunneling process. Additionally, the use of site specific mutagenesis and H/D exchange, together with homologous proteins from different temperature niches, is making it possible to address how discrete substrate-protein binding interactions and protein dynamics influence the efficiency of the tunneling process. 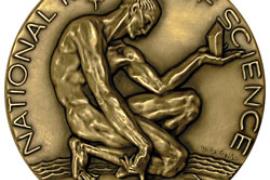