Dennis Baldocchi's research program focuses on studying: ‘the physical, biological and chemical processes that govern trace gas and energy exchange between the terrestrial biosphere and the atmosphere’.   In layman terms, his broad objective is to understand how the terrestrial biosphere ‘breathes’; plants and microbes exchange trace gases, in and out of the atmosphere, in their quest to acquire the energy needed to support their metabolism.

The science of biometeorology involves the study of a suite of biophysical processes that exert positive and negative feedbacks upon one another, across a spectrum of time and space scales.

Many of the biophysical processes (e.g. turbulence and diffusion, photon transfer through vegetation, evaporation and transpiration, photosynthesis, plant and soil respiration, and stomatal mechanics) of interest are non-linear functions of such meteorological state variables as light, wind, temperature, humidity and CO2 concentration.  In turn, that state of these meteorological variables is a function of the rates at which leaves and soils exchange mass, energy and momentum to and from the atmosphere.

The time scales of his research span events occurring on periods of seconds, hours, days, seasons, years and decades.  The spatial scales of his work differ vertically and horizontally.   The vertical dimensions of his work spans the scales associated with soil profile (-1 m), plant canopy (10+ m) and the planetary boundary layer (1000+ m).  The horizontal dimensions of his work span the scales of a leaf (0.1 m), the fetch across a landscape (100 - 1000 m), and the continent and globe (1000-10,000 km).

‘Big Questions’ he aims to address include:

His research approach involves the coordinated use of long-term, quasi-continuous flux measurements and theoretical models to study biosphere-atmosphere interactions.  The eddy covariance technique is the primary experimental method he uses, and helped pioneer, to measure CO2, water vapor and methane exchange across natural ecosystems.   This micrometeorological method uses sonic anemometry and infrared spectroscopy to measure the covariance between vertical wind velocity and fluctuations in the concentration of greenhouse gases (water vapor, carbon dioxide and methane) and temperature.  Fluxes deduced by this method are direct, continuous, and in situ, making them representative of the integrated vegetation-soil system at the stand scale and without disturbing the underlying vegetation. To interpret these flux measurement, his field studies also involve measuring a comprehensive suite of biophysical variables.  These measurements includes the physiological status of the vegetation and leaves (photosynthetic capacity, stomatal and mesophyll conductances, pre-dawn water potential, sapflow), biological activity of the soil (soil respiration, soil CO2) the physical structure of the canopy (leaf area index, canopy height, leaf area index, its vertical distribution and seasonal phenology and root population) and the physical and chemical properties of the soil and water (water table depth, texture, evaporation, heat transfer, hydraulic conductivity, carbon and nitrogen content, root distribution, oxygen concentration).   To upscale their flux information in space, they rely on hyperspectral remote sensing and LIDAR, collected either at on towers at their field sites, by aircraft or from satellites circling the planet and flux footprint modeling to determine where the gases are going to or coming from.

Since coming to Berkeley, he has established nine biometeorological flux field study sites that are measuring carbon dioxide, water and energy fluxes continuously and for multiple years; four of these sites are also measuring methane fluxes.  One set of sites started circa 2000/2001 and are associated with semi-arid ecosystems; one site is over an annual grassland and the other is over an oak grass savanna, near Ione, CA.   The goal of this work is to examine how contrasting plant functional types (trees vs grasses) have adapted to their semi-arid climate and how their carbon metabolism and water balance responds to climate and weather forcings and seasonal drought.  Because of the Mediterranean climate, this set of sites is a natural laboratory for understanding how ecosystems respond to seasonal and interannual variations in rainfall and temperature.

The second set of sites is associated with flooded and drained peatlands in the Sacramento-San Joaquin Delta.  In this region they are or have collected long-term greenhouse gas flux measurements over a degraded peatland pasture, 3 newly restored wetlands, a 19 year-old restored wetland and a suite of agricultural crops (alfalfa, corn, rice, pasture).   There, their goal is to study the unanticipated effects of wetland restoration, land use, land use change and weather on greenhouse gas fluxes (water vapor, carbon dioxide and methane).   This project gives them an opportunity to study the scientific, management and policy aspects of this system.  It is noteworthy that the Delta is the conduit of water transfer for over 20 million Californians.  The Delta is vulnerable because over 10 m of peat have subsided since it was drained 100 plus years ago for agricultural.  They have developed strategies to stem or reverse further soil subsidence to prevent this levee system from collapsing because much of the land is below sea level, and understand the ecosystem costs and benefits of doing so.  Replacing agriculture with flooded rice or wetlands are two options.

He extends the scope of his flux measurement work to the national and global scales, by leading the global FLUXNET project (http://fluxnet.fluxdata.org/), an international network of long term eddy flux measurement sites that has grown to over 500 sites world-wide, and by being co-investigator of the AmeriFlux network (http://ameriflux.lbl.gov/).  Through the FLUXNET and AmeriFlux projects, he and his colleagues have developed a functional database on flux and meteorological information from over 400 sites and 2500 site years of data.  This database is proving to be a critical resource for producing the next generation of earth science synthesis studies on: 1) the differential control of carbon and water fluxes across climate and ecological gradients; 2) the upscaling of network fluxes to the region and globe with remote sensing; and 3) the validation of vegetation-land-atmosphere transfer models that compute the lower boundary condition of weather, climate and biogeochemical cycling models.

The theoretical aspect of his work involves continued development and utilization of the biophysical model family he developed, called CANVEG.  The model has been developed to compute fluxes of carbon dioxide, water vapor, sensible heat, ozone, sulfur dioxide, isoprene and the stable carbon isotope, 13CO2.  He uses CANVEG as a tool to diagnose the complex interactions of environment and biology that affect mass and energy exchange of plant canopies.  The model abstracts the canopy as a multi-layer, one-dimensional system and integrates leaf-scale fluxes to the canopy dimension.  The model framework is based on an assortment of state-of-art, mechanistic algorithms that are derived from micrometeorological, eco-physiological, and biogeochemical theory. The micrometeorological modules compute leaf and soil energy exchange, turbulent diffusion, scalar concentration profiles and radiative transfer through the canopy.  Environmental variables, computed with the micrometeorological module, in turn, drive the ecophysiological modules that compute leaf photosynthesis, stomatal conductance, transpiration and leaf, bole, and soil/root respiration.   Because most of the incumbent processes are non-linear functions of environmental variables, the model treats trace gas fluxes, to and from, sun and shade leaves separately.

Moving up from the scale of landscapes to that of the globe, they developed a simpler version of CANVEG, called BESS, which can be applied at continental to global scales (Ryu et al, 2011, Global Biogeochemical Cycles).  They are executing the model with remote sensing data (1 km resolution measurements from the NASA MODIS sensors on the TERRA and AQUA satellites) and are parameterizing it by using state of art ideas, algorithms and scaling rules in biometeorology and ecosystem ecology.  With this model they have produced new, and in their opinion, better bottom-up estimates of global evaporation and photosynthesis.  They are now interrogating model results to estimate evaporation across the state of California and evaluate the interannual variability in state-wide evaporation.

The detection of cause and effect of the huge and multifaceted datasets were are collecting is complicated by many confounding and co-varying variables in the natural environment and the super-positioning of fast, slow and slower processes upon one another.  His team and he are disentangling the various time scales of variability by applying different mathematical and statistical methods to their long time series, reaching a decade.  Approaches they have utilized include Fast Fourier Transforms, Wavelets, Granger Causality, Information Theory and Artificial Neural Networks.  By combining wavelet and information theory and artificial neural networks they can digest huge datasets and better assess the controlling influence of biophysical drivers on trace gas fluxes, explore the roles of leads and lags and the time scales at which explanatory power may emerge or decline.

Finally, he devotes a subset of his research efforts to the field of Agricultural Meteorology and Climatology.  He has been examining how changes in the climate are affecting the amount of winter chill accumulated by fruit trees in the Central Valley of California.  Most recently they have tested the hypothesis whether or not there is a decline in winter fog in the Central Valley and if this is changing the energy balance of dormant buds and affecting their winter chill accumulation.  They conducted an area-wide study by stitching together 30 years of satellite remote sensing data to track fog extent and occurrence. 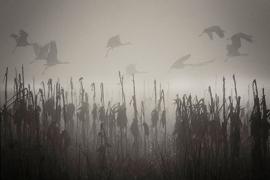 The Central Valley’s heavy wintertime tule fog – known for snarling traffic and closing schools — has been on the decline over the past 30 years, and falling levels of air pollution are the cause, says a new study by scientists at the University of California, Berkeley. 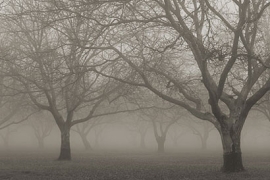 California’s winter tule fog – hated by drivers, but needed by fruit and nut trees – has declined dramatically over the past three decades, raising a red flag for the state’s multibillion dollar agricultural industry, according to researchers at UC Berkeley. 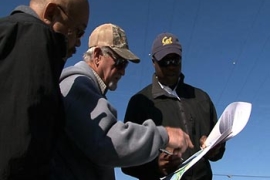 Can California fix the Delta before disaster strikes?

Finding ways to better manage the overlapping infrastructure systems in the Sacramento-San Joaquin River Delta is the goal of a four-year, $2 million project headed by UC Berkeley researchers and funded by the National Science Foundation.

The Central Valley’s heavy wintertime tule fog – known for snarling traffic and closing schools — has been on the decline over the past 30 years, and falling levels of air pollution are the cause, says a new study by scientists at the University of California, Berkeley.

California’s winter tule fog – hated by drivers, but needed by fruit and nut trees – has declined dramatically over the past three decades, raising a red flag for the state’s multibillion dollar agricultural industry, according to researchers at UC Berkeley.

Can California fix the Delta before disaster strikes?

Finding ways to better manage the overlapping infrastructure systems in the Sacramento-San Joaquin River Delta is the goal of a four-year, $2 million project headed by UC Berkeley researchers and funded by the National Science Foundation.