Berkeley Research at a Glance

Members of the National Academy of Sciences

Fellows of the American Academy of Arts and Sciences 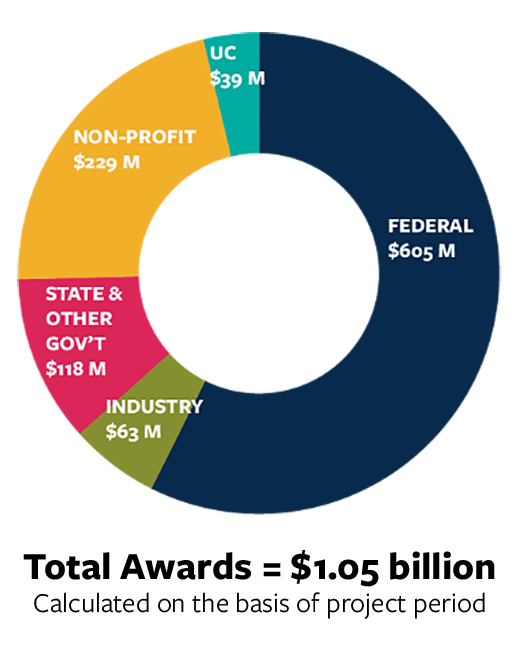 In 2020-2021, UC Berkeley campus received over $1 billion in research funding from external sources. 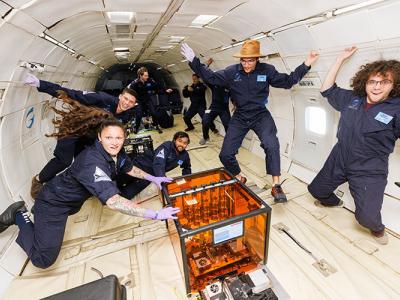 Last week, two teams of UC Berkeley researchers had the opportunity to test their experiments — and stomachs — aboard ZERO-G’s G-Force One, an aircraft that flies in a series of parabolic arcs to mimic the zero gravity conditions of space flight.
Read more 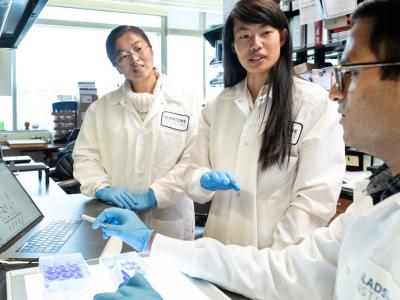 In unvaccinated people, infection with the Omicron variant of SARS-CoV-2 provides little long-term immunity against other variants, according to a new study by researchers at Gladstone Institutes and UC San Francisco (UCSF), published today in the journal Nature.
Read more 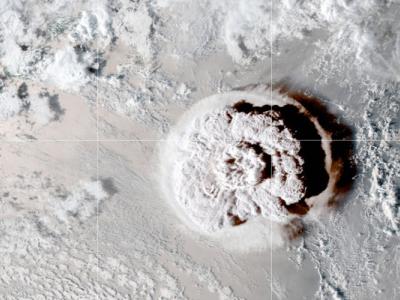 An underwater volcano that erupted in the South Pacific in January sent a 300-mile-wide plume of ash some 25 miles above the surface, generated a tsunami that injured and killed people thousands of miles away along the coasts of North and South America, produced a sonic boom that was heard 6,000 miles away in Alaska, and created atmospheric shock waves that circled Earth several times.
Read more
More News

Forbes
Given Mars' history of global dust storms, who would have thought that solar power would ever be competitive with nuclear in providing surface energy for future human settlements on the red planet? But that's what a new paper authored by researchers…
FullStory (*requires registration)

Black, Latino communities have a higher level of oil drilling and pollution

The Washington Post
Majority Black and Latino communities that received the worst grades under a racially discriminatory federal housing program known as redlining have nearly twice as many oil drilling wells as mostly White communities, a new study says. The study by…
FullStory (*requires registration)

The Washington Post
On Sunday, David E. Broockman of the University of California at Berkeley and Joshua L. Kalla of Yale University published a paper documenting a years-long experiment focused on measuring the effects of cable-news coverage and Fox News in…
FullStory (*requires registration)

Please note: The views and opinions expressed in these articles do not necessarily reflect the official policies or positions of the campus.