The Advisory Committee of the Signatures Innovation Fellows Program is comprised of a small group of eminent leaders in the data science and software areas — both in the academic setting and in industry. 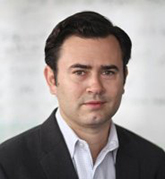 Josh Bloom is an astronomy professor at the University of California, Berkeley where has taught high-energy astrophysics and Python for data scientists. He has published over 300 refereed articles largely on time-domain transients events and telescope/insight automation. His book on gamma-ray bursts, a technical introduction for physical scientists, was published recently by Princeton University Press. He is also co-founder and CTO of Wise.io, a startup based in Berkeley building machine learning applications for customer success. Josh has been awarded the Data-Driven Discovery prize from the Moore Foundation and the Pierce Prize from the American Astronomical Society; he is also a former Sloan Fellow, Junior Fellow at the Harvard Society, and Hertz Foundation Fellow. He holds a PhD from Caltech and degrees from Harvard and Cambridge University. Additional background here. 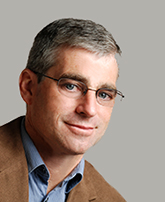 David Culler is a Professor in the Department of Electrical Engineering and Computer Sciences (EECS) at UC Berkeley. His research addresses networks of small, embedded wireless devices, planetary-scale internet services, parallel computer architecture, parallel programming languages, and high performance communication. It includes TinyOS, Berkeley Motes, PlanetLab, Networks of Workstations (NOW), Internet services, Active Messages, Split-C, and the Threaded Abstract Machine (TAM). David is also the founder of Arch Rock, a company that makes wireless networked sensors. He is a member of the National Academy of Engineering and a Fellow of ACM and IEEE. His work on networks of wireless sensors earned him a place on Scientific American’s annual list of top 50 innovators and Technology Review’s “10 Emerging Technologies That Will Change the World.” In 2013, he received the Okawa Prize. Additonal background here. 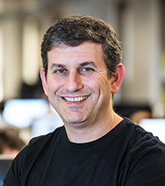 Joseph M. Hellerstein is a Chancellor's Professor of Computer Science at the University of California, Berkeley, whose work focuses on data-centric systems and the way they drive computing. He is an ACM Fellow, an Alfred P. Sloan Research Fellow and the recipient of three ACM-SIGMOD "Test of Time" awards for his research. In 2010, Fortune Magazine included him in their list of 50 smartest people in technology , and MIT's Technology Review magazine included his work on their TR10 list of the 10 technologies "most likely to change our world".

He is the co-founder and Chief Strategy Officer of Trifacta, a software vendor providing intelligent interactive solutions to the messy problem of wrangling data. He serves on the technical advisory boards of a number of computing and Internet companies including EMC, SurveyMonkey, Captricity, and Dato, and previously served as the Director of Intel Research, Berkeley. Additonal background here. 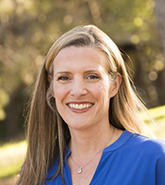 Ranked #23 out of 100 top tech investors on Forbes’s 2015 Midas List Rebecca Lynn is a Partner at Canvas Ventures. She focuses on early-stage venture investments in financial services, digital health, SaaS, and mobile. Rebecca led Canvas’s investments in FutureAdvisor (acquired by Blackrock), CrowdFlower, HealthLoop, and Viewics, and currently sits on the boards of each.

In 2007, Rebecca joined Morgenthaler Ventures and continues to serve on the boards of that firm’s portfolio companies. She led an early-stage investment in Lending Club (NYSE: LC), which was the largest US technology IPO of 2014 and the fourth largest US Internet IPO since 2001 behind Facebook, Twitter, and Google.  She also led investments in Check (acquired by Intuit), RelateIQ (acquired by Salesforce), Doximity, Practice Fusion, and Convo.

Rebecca is a member of the California Bar Association and a member of the US Patent Bar, with a focus on intellectual property litigation and corporate law. She was published in the Berkeley Law and Technology Journal. Rebecca is also an inventor on several issued patents.  She has a chemical engineering degree from the University of Missouri and a JD/MBA from UC Berkeley. Additonal background here. 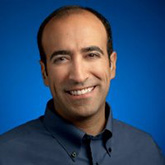 Babak Pahlavan is an entrepreneur, advisor, investor and hands-on product manager who currently oversees the product management teams for Google Analytics (GA), Google Tag Manager, Adometry and a few other Big-Data products at Google. As the Director of product management he leads the product teams for all of Web & Apps Analytics, GA’s audience products, attribution products (GA multi-channel funnels, search funnels & adometry), A/B testing, integration with Adwords, DoubleClick, AdMob, Play Store, etc. He was also the architect behind the acquisition of Adometry, which Google announced in May 2014.

He is a winner of the 2014 Top Google Manager Award, which was an honor, bestowed on 22 out of 6,000+ managers at Google that year. Other recent awards include recognition on Forbes' "30 under 30 in technology” list in 2012. Earlier in his career, Babak founded and led Clever Sense (AI-based big-data location-based recommendation platform) from inception until acquisition by Google in December 2011. 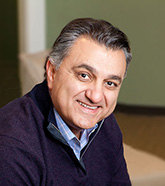 Drawing on nearly three decades of entrepreneurial experience in Silicon Valley, Bobby Yazdani mentors, advances and empowers entrepreneurs in their journey to build great companies. He works full-time on the development and support of entrepreneurs through his venture capital firm Signatures Capital. In 2014, Bobby was ranked #1 out of 2000 angel investors in a report by CB Insights as having the most successful track record for investing in companies that received follow-on funding. Bobby made his first angel investment in 1989 in medical technology company Masimo (NASDAQ: MASI), where, in addition to providing capital, he wrote software to enhance the accuracy of the company’s early neonatal pulse oximeters. In addition, he has successfully mentored entrepreneurs and invested in over 100 early-stage startups.

In 1997 Bobby founded Saba, taking the company public in 2000. Today, Saba is the leading provider of Human Capital Development & Management Solutions. Its applications are being used by over 30 million people from 2200 customers across 195 countries and in 37 languages worldwide. While at Saba, he was named a finalist for Ernst & Young Entrepreneur of the Year Award. Saba also earned spots on InformationWeek’s Innovation 100 list and Computerworld’s 100 Emerging Companies to Watch. Prior to Saba, Bobby worked at Oracle in various R&D roles from 1988 to 1997.

Born in Tehran, Iran, Bobby completed high school in England and received a B.A. in Applied Mathematics at the University of California, Berkeley. His generous support established the Signatures Innovation  Fellows program at UC Berkeley in 2015. Additonal background here.