The University and Jepson Herbaria, founded in 1895, constitute the oldest of the six natural history museum collections on the UC Berkeley campus. With a current combined total of over 2,200,000 specimens, the University Herbarium (UC) and Jepson Herbarium (JEPS) house the largest botanical collection at a public university in the United States. The Herbaria serve as a repository for preserved, documented plant, alga, and fungus specimens collected throughout the world from the early 1800's to the present day. The collections are a focal point for a variety of activities including research, teaching, and public outreach. 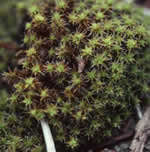 Many of the older collections, such as plants collected during a 1930s survey of national parks, are increasingly called upon as "baselines" against which to compare current species distributions and to assess the impact of human disturbances on both marine and terrestrial habitats. Herbarium specimens are often examined by environmental consultants; government agency scientists, such as state foresters and fish and game biologists; ethnobotanists; native plant enthusiasts; and those interested in herbal medicines, to name a few.

The University Herbarium
A worldwide collection of plants, algae, and fungi, The University Herbarium was established with a set of botanical specimens collected by the Geological Survey of California in the 1860's. Since that time, the collection has grown to over 2 million specimens of seed plants, ferns, bryophytes, algae, and fungi. All parts of the world are represented, with special strengths in western North America, Andean South America, the Pacific Basin, and Mediterranean climates worldwide.

Jepson Herbarium
A leader in California floristics, the Jepson Herbarium was established in 1950 by a bequest from Willis Linn Jepson, one of California's most eminent early botanists. The herbarium carries on Professor Jepson's life work of studying plants of California and publishing works that lead Californians to a greater appreciation of our rich botanical heritage. "The Jepson Manual: Higher Plants of California" (1993) serves as the floristic reference for the state and "The Jepson Desert Manual: Vascular Plants of Southeastern California" (2002) is the first comprehensive book about the desert flora of California. Recent work by Jepson Flora Project staff has resulted in the development of the "Online Interchange for California Floristics," an electronic resource that provides up-to-date information on nomenclature, taxonomy, and distribution of the plants of California.

In addition to plant specimens, the Herbaria house library and archival materials and modern laboratories for all types of plant studies, ranging from morphology/anatomy to DNA sequencing. Herbaria faculty and research staff pursue systematic and evolutionary studies of selected taxa and contribute to floristic projects in many parts of the world. Current studies include "The Ferns of Mexico," "Flora of the Chiapas, Mexico," and major contributions to the "Flora of North America North of Mexico." Floristic research is also being conducted in Western North America, Moorea, China, and Iran.

Molecular studies include "Deep Green," an investigation of the natural lineages of plants, "The Tree of Life Project," a collaborative effort to understand evolutionary linkages among all life, and biosystematic and phylogenetic studies of many species of California plants, especially the tarweeds and their relatives, the Hawaiian silverswords.

Online taxonomic and nomenclatural references include an electronic database that holds specimen label data for the more than 350,000 plants from California. Also available is the Index Nominum Algarum (INA), a unique database that consists of nearly 200,000 names of algae and associated taxonomic data.

As a center of systematic research associated with a major research university, the University and Jepson Herbaria play an especially important role in education. Because of their unusual combination of attributes, the Herbaria provide unique educational opportunities for undergraduate and graduate students.

Public Programs
The outreach program of the Jepson Herbarium serves as a liaison between the scientific community and the interested public. The core of the program is the weekend workshop series where participants gain a unique perspective on the flora of California as they learn from the experts and interact with fellow botanists. 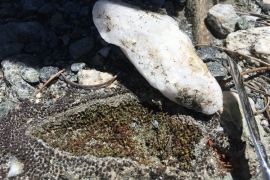 Living under a translucent rock can be quite comfortable — if you’re a moss in the Mojave Desert. Some mosses in the California desert seek protection from the relentless sun and heat by sheltering under translucent quartz pebbles, essentially using the rocks as sunshades. 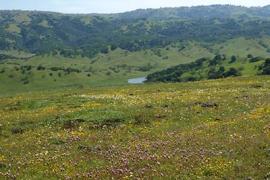 As climate and land-use change accelerate, so must efforts to preserve state’s plants

As the IPCC warns that we have only 12 years to reduce greenhouse gas emissions by nearly half or risk significantly greater impacts from climate change, UC Berkeley scientists are charting the best course to save California’s native plants from these human threats.