Institute of Personality and Social Research

IPSR was founded in 1949 as IPAR (the Institute of Personality Assessment and Research). IPAR's early research focused on the relations between personality and performance, with forays into higher levels of human performance such as creativity, aesthetics, leadership, and profession-specific accomplishments. IPSR pioneered the notion that a full understanding of personality requires viewing the individual in a number of different situations. This was accomplished through intensive multi-day assessments, which included administration of self-report inventories, careful observation of behavior in structured and unstructured situations, and detailed in-depth interviews. The highly innovative IPAR approach made it a magnet for visitors who came to learn its methods and work with its data sets, and who went on to pursue research that clearly carried the IPAR stamp. Because of the enormous influence it had on the field, any genealogy of personality research in the decades following World War II would find almost all of the prominent researchers in the field to be connected in some tangible way to the IPAR lineage.

Starting in the 1980s, social scientists began moving away from "trait" approaches that highlighted the distinctions among individuals and moved more toward the study of basic processes that were common to all people such as learning, cognition, and socialization. Although Berkeley was one of the last bastions of traditional personality research in this country, it became clear that IPAR needed to be based on a broader foundation. In 1992, IPAR addressed this issue by changing its name to IPSR (the Institute of Personality and Social Research), embracing the study of social processes as well as the study of individual differences. This change in name and focus provided IPSR with an opportunity to revitalize, reenergize, and reinvent itself. 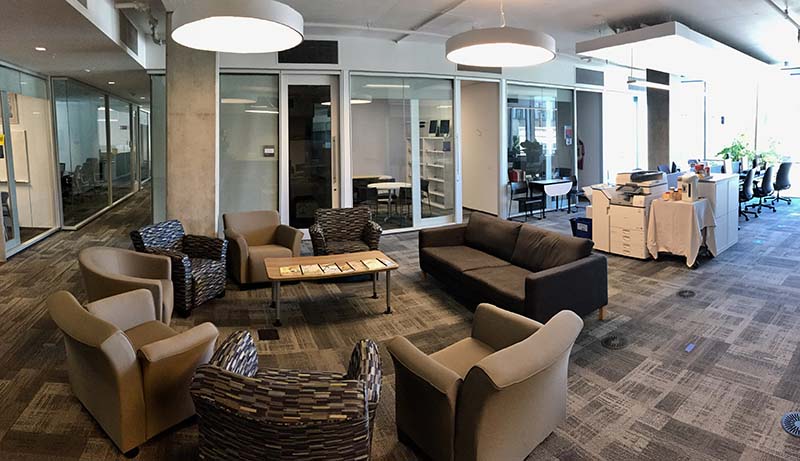 This area addresses the influences of culture on fundamental social and behavioral processes such as cognition, emotion, affiliation, identity, development, and personality.

This area addresses the role of stress and basic behavioral processes (e.g., appraisal, emotion, coping) in health and illness). Emphases include individual and cultural differences in health behavior and symptomatology; the physiological underpinnings of health and disease; and the reciprocal influences between health systems and the individual.

IPSR provides office space and meeting rooms at 2121 Berkeley Way.  Research resources include small and large group testing rooms, a video coding facility, a video recording and editing studio, and a computing center. IPSR houses a number of archival data sets concerned with the assessment and development of personality that have been collected over the past half century. IPSR sponsors a weekly colloquium series as well as numerous conferences and special events that are open to the Berkeley community.