The Essig Museum of Entomology has its roots in the original University Museum developed in the 1880s, but most of the collection dates to the inception of the California Insect Survey (CIS) in 1939. The museum houses one of the largest and most active university-based research collections of terrestrial and fresh water arthropods in the United States, with more than 5 million specimens, primarily from western North America and the northern neotropics.

The mission of the Museum is to use the collections to facilitate and document research, teaching, and outreach in arthropod biology. The regional emphasis, which capitalizes on UC Berkeley's geographic location, is on terrestrial arthropods of the eastern Pacific Rim, in particular California (through the long history of the California Insect Survey), Mexico, and Costa Rica, and the islands of the central Pacific.

This emphasis is very appropriate, as the state of California is home to over 50,000 native plants and animals, most of which are arthropods, and contains more climatic and topographic variation than any other region of comparable size in the United States. But native California environments, like many other Mediterranean habitats worldwide, are experiencing unprecedented deterioration. Knowledge of California insects is critical as many are involved in complex ecological interrelationships that are of primary importance to agriculture, forestry, human health, livestock, and wildlife. The Pacific Islands are another area of very high endemism, coupled with rarity and critical status in conservation, and threats caused by non-indigenous species. 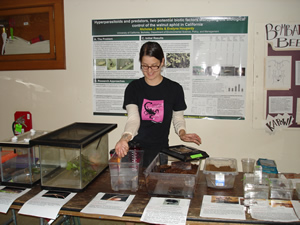 The Museum's primary goal is to provide for the indefinite protection of terrestrial arthropod specimens of scientific value. It actively seeks to enlarge and enhance holdings through organization and sponsorship of collecting expeditions and acceptance of donations. The Museum is an integral aspect of graduate training in entomological systematics, supporting a separate teaching collection, and providing important study materials for student research. We are committed to making the information contained in our collection as accessible as possible by maintaining an active loan program, hosting visiting researchers, sponsoring publications, participating in outreach to the nonacademic community and development of electronic means of data sharing. The Museum is active in interactions which will foster this development within the Berkeley Natural History Museum community, as well as nationally and globally

California is both a hotspot of biodiversity and a rich center for agriculture. Insects play a dominant role in both systems, yet we know little about patterns of diversity or how it has been, and continues to be, affected by habitat modification, invasive species, and climate change. The reason for the paucity of information is not a lack of specimens, but rather a lack of means to readily retrieve specimen information from the literature and collections. We are currently digitizing specimen information and associated literature for California insects across the major California insect collections in collaboration with other UC campuses, the California Academy of Sciences, and the California Department of Food and Agriculture (CDFA). Once completed, this database of California insects will allow us to address questions such as: What is the geographic range of this species and how has it changed over time? What have been the impacts of habitat and climate modification, and what might we expect in the future? To what extent does habitat modification alter the interactions between insects, plants, and other organisms, and hence dictate the health of the ecosystem? 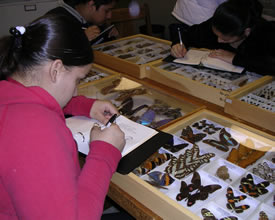 Web site: The museum website includes a wealth of entomological information, including databases, links to museum research, and a frequently visited online exhibit of rare and endangered California Insects. Species treatments in this section highlight known biological information, habitat requirements, and recommendations for conservation for each insect.

East Bay Science Cafe (EBSC): The Essig museum co-hosts a monthly Cafe Scientifique-style forum with the other Berkeley Natural History Museums. The EBSC is a series of informal lectures held in a cafe setting, allowing UC researchers to communicate their science to an interested public. Topics vary, but usually focus on interesting and important scientific issues. Lively discussions are to be expected. 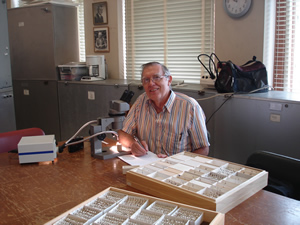 The museum is usually closed to the public, but opens its doors for tours and exhibits once a year on Darwin Day (held in February), our annual celebration of Charles Darwin's birthday.