Center for the Tebtunis Papyri

Founded in 2001, the Center for the Tebtunis Papyri (CTP) is an Organized Research Project governed by an advisory committee of faculty from the Departments of Classics, Near Eastern Studies, History, and Art History and the Graduate Group in Ancient History and Mediterranean Archaeology (AHMA). It cooperates closely with The Bancroft Library, where the papyri and the Center's office space are housed. 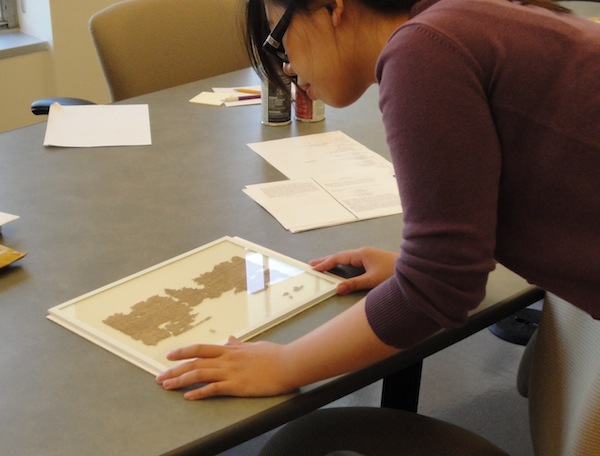 CTP creates scholarly focus and support for research and graduate and undergraduate training devoted to the important collection of Tebtunis papyri held at The Bancroft Library at Berkeley and promotes international collaboration in the decipherment and investigation of the unstudied texts.

The papyri in Berkeley's care were found in the winter of 1899-1900 at the site of ancient Tebtunis, Egypt, during excavations sponsored by UC benefactress Phoebe Apperson Hearst. The collection contains documents dating from the Third Century BC to the Fourth Century AD, and is the largest assemblage of papyri in the Americas. Most of the papyri are written in ancient Greek, but there are a few with Latin writing, and many of the unstudied pieces are written in Demotic Egyptian. The texts are predominantly documentary: ordinances, letters, petitions, accounts and lists, contracts, receipts, and the like--all providing significant evidence for social and economic history. Two of the literary pieces in the collection are especially noteworthy: a fragment of Sophocles' lost satyr-play Inachos, and a large fragment of "Dictys of Crete," the Greek original of a narrative that through its Latin translation transmitted the Trojan War myth to medieval Europe.

The Center's achievements and activities since its founding include: 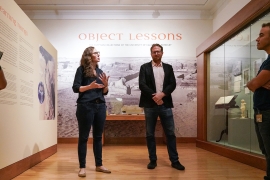 A new exhibit, Object Lessons: The Egyptian Collections of the University of California, Berkeley joins papyrus texts from the library’s Center for the Tebtunis Papyri, or CTP, with ancient objects from UC Berkeley’s Phoebe A. Hearst Museum of Anthropology — including a 4,000-year-old statue from the Great Pyramids of Giza, papyrus fragments from Sophocles’ lost play Inachus, and an 8-foot mummified crocodile from a reptilian god’s tomb. Side by side, the materials cast color and context upon each other, offering a wider, brighter peek into life in antiquity.