By: University of California, Research 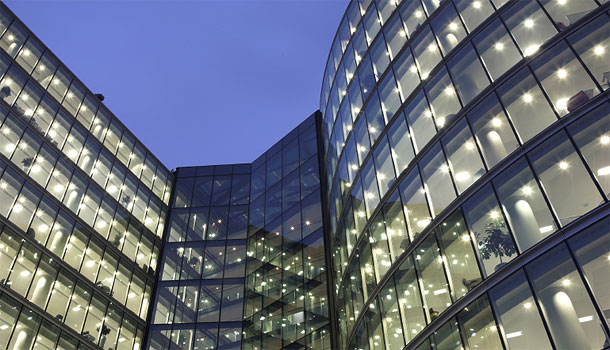 Buildings use up to two-thirds of the electricity in the U.S. A UC startup company is developing innovative technologies to curb skyrocketing electrical consumption, energy costs and greenhouse emissions.

A promising idea came to light in 2003 in UC Berkeley’s Department of Architecture.A group of UC Berkeley engineers had been meeting regularly with commercial builders and designers in the school’s Center for the Built Environment (CBE).

They were searching for “do-able” energy-saving strategies.

Charlie Huizenga, a regular at these meetings for 20 years, knew that new technologies are only adopted in the real world if they have that elusive blend of innovation and practicality. Trained in both architecture and mechanical engineering, he saw the potential for the meetings to spawn breakout innovations grounded in technologies that really work.

He came up with a strategy to yield enormous savings in energy and costs for lighting buildings. Expanding on ideas shaped at the Berkeley meetings, Huizenga sought seed funding from the CBE to explore the possibility of a system that allows individual lights in a building to go on only when and where they are needed.

“From my interactions with Berkeley engineering and CBE colleagues, I could see how wireless technology could be applied to control lighting,” said Huizenga, an adjunct professor in the architecture department.

A grant from the California Energy Commission let him further demonstrate the new strategy’s potential. The system equips each light fixture throughout a building with a sensor and a controller that turns on or off the light when necessary — for example, when the sensor detects movement in the room, or when natural light from windows dims.

“By installing low-cost controllers in every fixture, we break the connection between how lighting is wired for power and how it is controlled,” Huizenga said.

UC obtained a patent for the technology, and Huizenga formed a new company called Adura Technologies to bring the process to buildings in the real world. Co-founders of Adura are Zach Gentry and Josh Mooney, who were UC Berkeley MBA students when they launched the company.

The company also was supported by CITRIS, the Center for Information Technology Research in the Interest of Society. The center brings together researchers from different UC campuses to create information technology solutions, including those that could significantly reduce electricity demand in California.

For building owners, the deciding factor in choosing new energy-saving systems is the time it takes to recoup the installation cost. Most builders want this kind of new technology to pay for itself within about four years, Huizenga said.

The company’s first client was the UC Berkeley undergraduate library, which saved enough money in lighting costs in a single year to recoup its investment. Since then, Adura has installed more than two million square feet of lighting in public and private buildings.

The company estimates that if such a system were installed in all commercial buildings, it would save nearly $20 billion annually.

Other savings can come from using the same technology for such building needs as ventilation. Sensors can detect increases in hot air — carbon dioxide, to be precise — generated in a meeting room and trigger increased airflow in the room. Sensors and controllers also have obvious potential for security and emergency systems.

Of course, the energy savings translates directly into environmental protection.

“I think energy, the environment and economics are all tied together,” Huizenga said.“Buildings use two-thirds of the electricity in the United States. We’re very convinced that we are going to be able to reduce U.S. commercial electrical lighting use by more than 50 percent.

“Bottom-line, that will save money, and at the same time cut greenhouse gas emissions by more than 500 million tons.”