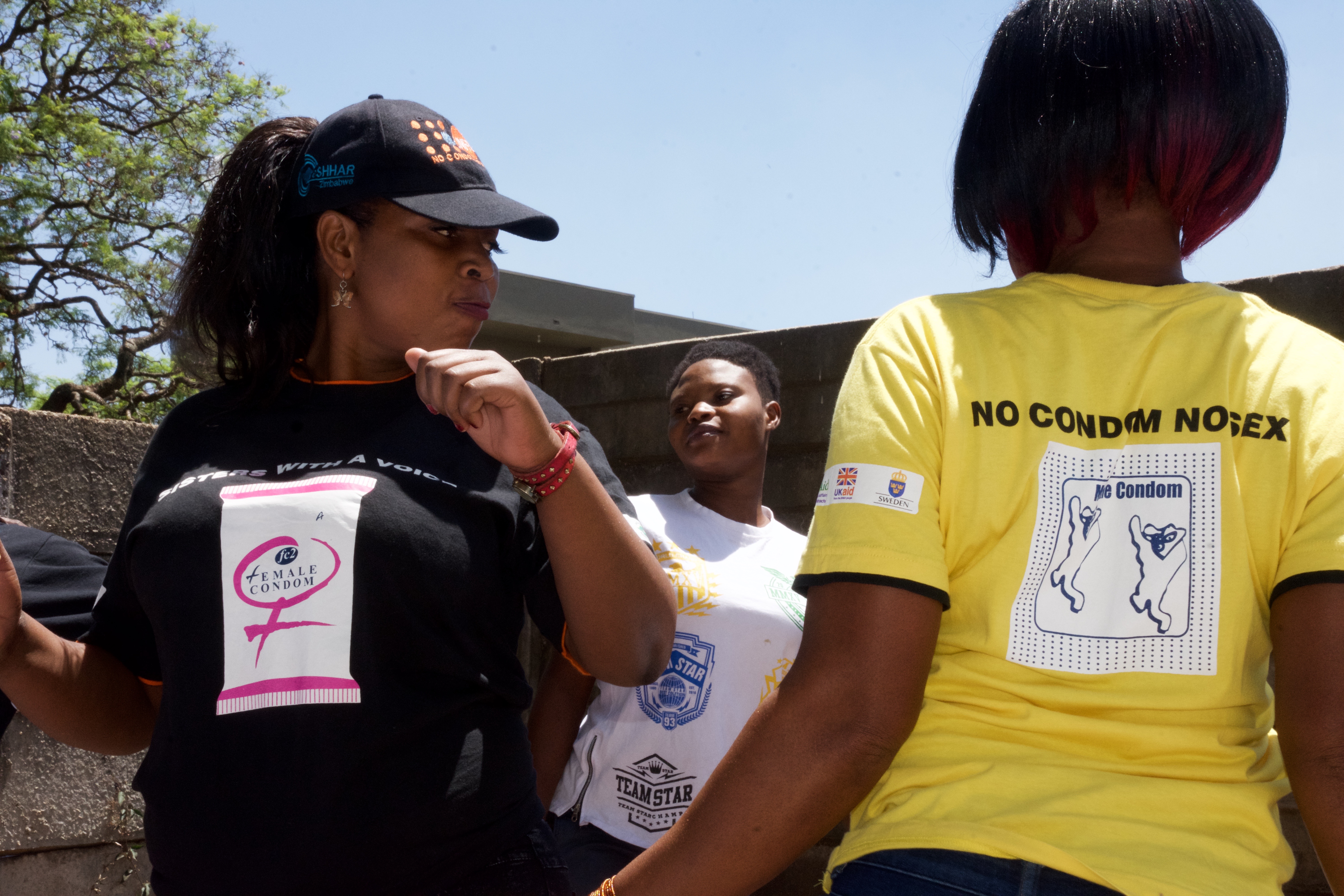 The National Institute of Health (NIH) awarded researchers at the University of California, Berkeley School of Public Health a two-year, $550,000 grant to develop and evaluate a pharmacy-based model to prevent high-risk women in Zimbabwe from contracting HIV.

The funded research project will be jointly led by Sandra McCoy, professor of epidemiology, in partnership with Euphemia Sibanda, an epidemiologist and implementation researcher at the Centre for Sexual Health and HIV/AIDS Research Zimbabwe (CeSHHAR Zimbabwe) and senior lecturer at the Liverpool School of Tropical Medicine.

Their project will focus on people who are most at risk of HIV infection: Those who engage in sex work. Globally, one in three female sex workers lives with HIV.

“Despite their heightened risk, many people who engage in sex work face tremendous stigma when they access services at health clinics, which can make them hesitant to engage with highly effective HIV prevention services like HIV pre-exposure prophylaxis (PrEP),” McCoy said.

To mitigate these obstacles, the project will examine the feasibility and effectiveness of delivering HIV PrEP at specially trained community pharmacies in Harare, Zimbabwe. The intervention will focus on young females who engage in sex work, although other people engaged in sex work will also be able to access the preventative drug.

McCoy and the project team will work directly with people who engage in sex work, pharmacists, and shop owners to co-design a non-stigmatizing implementation model within the community. “Our goal is to amplify distribution of this highly effective HIV prevention method to a group of people who are most in need,” McCoy said.

At the end of the study, McCoy hopes to have action-oriented results and proposals to share with community partners and the Ministry of Health regarding the pharmacy-based distribution of HIV prevention like PrEP for vulnerable populations.

Other researchers who will be engaged in the project include Dr. Laura Packel (UC Berkeley), Dr. Jenny Liu (UCSF), and Dr. Frances Cowan (CeSHHAR Zimbabwe).