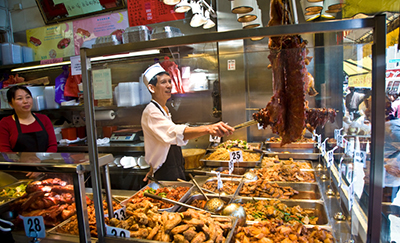 Millions of workers in the United States are not getting the wages and benefits they are entitled to by law. While some may see this as a labor issue, researchers say it is a public health problem that has been ignored for way too long.

“We’ve known for some time that poverty is probably the single greatest contributor to premature death and illness,” explains Meredith Minkler, professor of health and social behavior at the UC Berkeley School of Public Health. “Yet wage theft, which is a primary contributor to poverty and low income, has rarely been discussed.”

The Chinese Progressive Association (CPA) in San Francisco reached out to Pam Tau Lee at the School’s Labor Occupational Health Program to collaborate on a study in 2007. LOHP in turn contacted Minkler, and a team was created that also included occupational medicine researcher Niklas Krause, doctoral students Charlotte Chang and Alicia Salvatore, and Rajiv Bhatia and others from the San Francisco Department of Public Health. During discussions with community members, wage-theft came to the forefront as one of the more pressing issues. Wage-theft includes things like being paid less than minimum wage, being denied back pay, not getting paid for overtime, not being given paid sick days, or having tips stolen by the boss.

With funding from the Center for Disease Prevention and Control (CDC) and The California Endowment, the partners found that nearly 60 percent of the 405 workers surveyed reported some type of wage theft. In 2008, the estimated wage loss for 2,500 Chinatown restaurant workers was more than 10 million dollars. Health department team members also found that close to two thirds of restaurants lacked the required signage about minimum wage.

Current or recent restaurant workers were hired as coordinators and participated in trainings on a number of topics including worker’s rights and survey administration. They also provided feedback on key components of the study.

“From the very beginning they helped us get the topic right and also helped us ask questions in a culturally sensitive way. Following initial data analysis, they further helped make sure our interpretations were correct,” says Minkler. “It’s an example of community-engaged research. With immigrants and other marginalized populations, you’re not going to be able to do the kind of in-depth look at problems needed if you don’t include members of the community.”

Once the research was finished, Minkler and colleagues continued to work with the CPA as they pushed for legislation.

The CPA published a report in 2010 called Check Please! Health and Working conditions in San Francisco Chinatown Restaurants to draw attention to the findings. They also held educational events for workers. Eventually, as community engagement and media attention grew, legislative changes were made.

“The partnership’s research supported the policy change,” says Chang, now an associate project scientist at the LOHP. “I think we all feel proud of the research and how it was able to help with change, but it was really our community partners who were able to organize and do the direct policy work.”

The CPA helped form the Progressive Workers Alliance to craft a Wage Theft Ordinance. It passed unanimously and was signed into law in spring of 2011, making San Francisco the second city in the country to have a wage theft law. To make sure the ordinance had a real impact, the Anti-Wage Theft Task Force was also established the following year. One of its biggest accomplishments was recovering $525,000 in stolen wages from a pastry shop. In a 2013 final report, the task force provided recommendations for fixing the wage-theft issue in San Francisco.

Detailed study findings and subsequent policy victories were published online ahead of print this spring in the American Journal of Public Health, as an illustration of how community-based organizations, health departments, and academic partners can collaboratively study and help address wage theft on the municipal level.

Researchers hope that as more studies are done, the public will recognize wage-theft as a health issue and realize that policy changes like the ones in San Francisco, can be implemented to create real change.

“I think these studies need to be done all over the country, as well as across industry,” says Minkler.

Chang agrees, “We think of research evidence as cumulative, so we would love to see others add to it so we could get more of an idea of the extent of wage-theft,” she says. “That would help us connect to more broad-based policy change and interventions.”