A research expedition tracked endangered tigers through the Sumatran jungles for a year and found tigers are clinging to survival in low density populations. Their findings have renewed fears about the possible extinction of the elusive predators.

Tigers on the neighboring islands of Java, Bali, and Singapore went extinct in the 20th century, prompting new anti-poaching efforts to prevent the same fate for the subspecies on Sumatra. Those efforts have largely been successful. The density of tigers has increased over the last two decades and their numbers are twice as high in unlogged forests, the study found. But the study also found that well-protected forests are disappearing and are increasingly fragmented: Of the habitat tigers rely on in Sumatra, 17 percent was deforested between 2000 to 2012 alone, erasing any gains to the tigers’ chance of survival, the study authors wrote. Habitat destruction for oil palm plantations was a leading culprit of deforestation.

“Our results are a mixed bag,” said lead author Matthew Luskin, who conducted the research for his graduate studies at the University of California, Berkeley, and is now a research fellow with the Smithsonian Tropical Research Institute’s ForestGEOnetwork, based at Nanyang Technological University in Singapore. “The loss of key habitat is causing significant conservation challenges for Sumatra — and in particular for this critically endangered species.”

The study was published December 5th in the journal Nature Communications and was funded by the National Geographic Society.

Obtaining information on rare, stealthy predators is not easy, especially in jungles. The researchers spent a year trekking through remote Sumatran forests, mounting hundreds of cameras that take pictures and video whenever an animal passes. Individual tigers are identified by their unique pattern of stripes, allowing the researchers to track their movement.

With data from the cameras, the scientists calculated a Sumatran tiger’s home range to be roughly 150 square miles, about the three times the size of San Francisco. This is much larger than tiger home ranges in other regions like India and indicates they need larger parks to survive.

The study found that tiger densities are 47 percent higher in primary versus degraded (logged) forests and that extensive clearing of pristine lowland forest has disproportionately reduced tiger numbers. This is no surprise: Between 1990 and 2010, Sumatra lost 37 percent of its primary forest. As a result, tiger subpopulations also became significantly more fragmented, greatly increasing their threat of extinction in each individual forest and as a species.

The research team combined their results with data from other scientists and estimated the number of tigers in each remaining forest in Sumatra. They found that there are now only two habitats large enough to host more than 30 breeding females, an indicator of viable tiger populations over the long term.

“The erosion of large wilderness areas pushes Sumatran tigers one step closer to extinction,” Luskin said. “We hope this serves as a wakeup call.”

The most famous of these expanses is Gunung Leuser National Park in northern Sumatra, where organizations like the Leonardo DiCaprio Foundation work to prevent deforestation and poaching.

“Largescale reforestation is unlikely,” Tobler said. “If we are going to save Sumatran tigers in the wild, the time to act is now.” 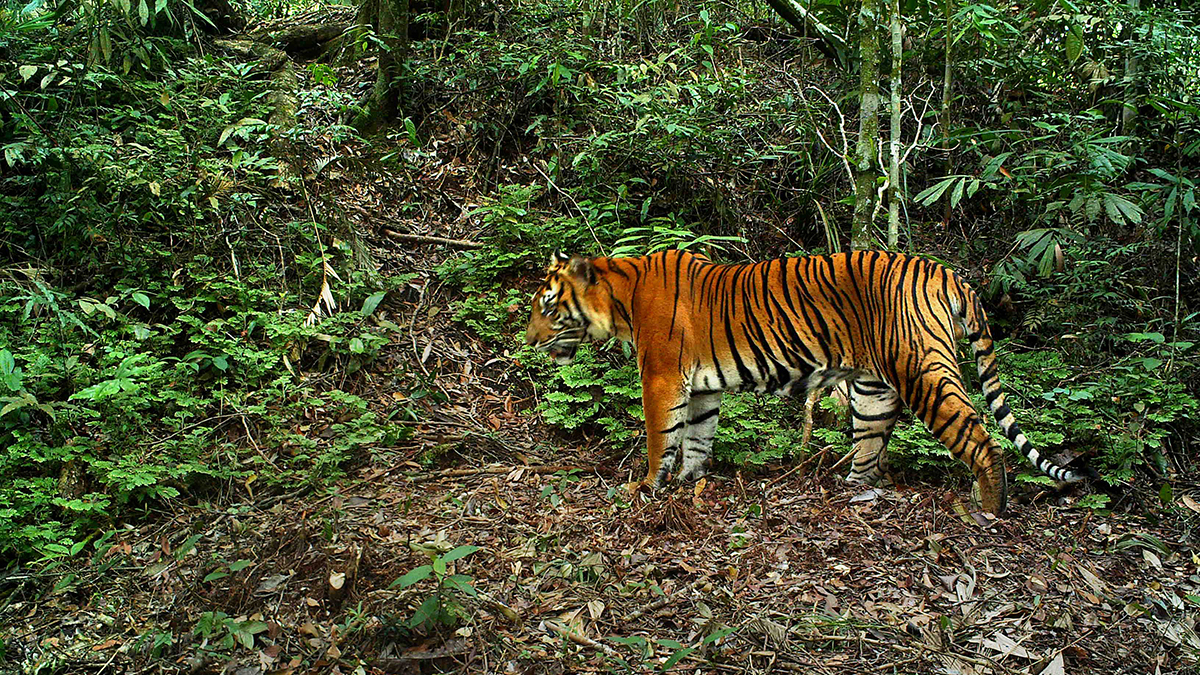