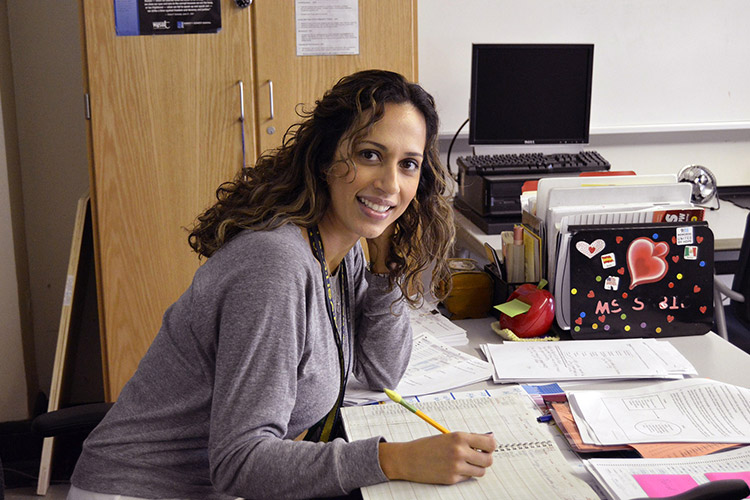 For the vast majority of teachers, existing pensions provide a higher, more secure retirement income than a cost-equivalent 401(k)­-style plan. And pensions keep teachers in classrooms, according to a new study from UC Berkeley and the National Institute on Retirement Security.

Conducted by Nari Rhee, director of the Retirement Security Program at UC Berkeley’s Labor Center, and actuary Leon F. “Rocky” Joyner, Jr., of Segal Consulting, the study shows that switching to an account-based retirement system such as a 401(k) would sharply reduce the retirement income security of most teachers in the U.S.

The study looked at the career patterns and pension benefits of public school teachers in six states: Colorado, Connecticut, Georgia, Kentucky, Missouri and Texas, which were chosen to represent geographic and teacher diversity. Concerns over retirement security and government efforts to take away pensions prompted walkouts last year in Colorado, Kentucky and elsewhere.

“Contrary to the claims made by a number of studies, pensions are good for teachers and they’re good for school systems,” said lead author Rhee. “They generate higher retirement income than 401(k)s for most teachers, and they incentivize experienced teachers to stay in the classroom, reducing turnover.”

“Concerns about improving retirement benefits for the small minority of teachers who won’t stay until retirement are best addressed by modifying traditional pensions for greater portability,” says report co-author Joyner. “The report finds that switching to a 401(k) will make eight out of 10 teachers worse off.”

A webinar that reviews study findings will be held Thursday, January 17, 11 a.m. to noon PST.