The district suffers from “glacial incrementalism,” said study director Bruce Fuller, professor of education and public policy at Berkeley. “We continue to see little fairness in how LAUSD distributes dollars to schools, ignoring whether they serve high or low shares of low-income children.”

Berkeley researchers found that spending per pupil in Los Angeles has climbed by two-fifths since the Great Recession. But dollars are often spread evenly among low-income and middle-class schools, countering Sacramento’s priority to narrow racial and economic disparities in pupil achievement.

The L.A. school system receives about $1 billion in new funding each year for lifting disadvantaged students under Gov. Brown’s reform, which was signed in 2013. The new report suggests that education officials may not be meeting their legal obligation to focus these new dollars on the pupils who generate this fresh funding.

The report does praise Los Angeles officials for sending the most dollars per pupil to high schools serving large concentrations of disadvantaged students over the past four years, relative to better-off communities. But this starkly contrasts with the even spread of funds across all elementary schools, ignoring vast gaps in achievement levels and the hindrance of poverty.

“The intent of the local control funding formula was to ensure that the schools serving our most vulnerable students receive additional funding to support academic and enrichment learning,” said Elise Buik, president and CEO of the United Way of Greater Los Angeles. “This report highlights that this is not happening, and students are struggling as a result. It’s time our educational leaders in Los Angeles Unified School District invest strategically and equitably to close the opportunity gaps for all students.”

New education dollars have enabled L.A. high schools to invite growing shares of students into the college-prep curriculum. “Wider access to A-G courses, encouraging students to pursue college, has boosted graduation rates,” said Jeanne Fauci, executive director of the Center for Powerful Public Schools and a member of the coalition. 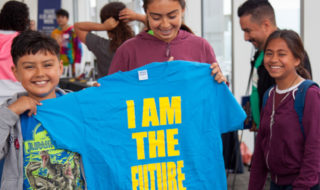 But the performance of students in Los Angeles has flattened on state tests over the past two years, even as per pupil spending climbs.

LAUSD reached a $151 million settlement with the American Civil Liberties Union last fall to direct additional funding to high-needs schools. The school board in April agreed to utilize a new “equity formula,” directing another $25 million to schools serving high concentrations of disadvantaged students.

Los Angeles schools Superintendent Austin Beutner told the New York Times in April that “all the resources that need to go to the communities most in need are not getting there.” The new report points to fiscal reforms that Beutner could pursue.

The Berkeley findings show that “L.A. has a long road to travel before fairly distributing dollars to schools,” said Nadia Funn, Executive Director of Alliance for a Better Community and member of the CLASS Coalition. “We do endeavor to shine a bright light on steps taken, and further actions needed, along this essential path.”

UC Berkeley professor Fuller and Joonho Lee, a doctoral student in education, provided analytic support. This research has been supported by the Stuart and California Community foundations, along with the California Endowment.