Special Anglo-American relationship to be studied in new program

Whether it involves Reagan and Thatcher, FDR and Churchill or the colonies and the crown, the special relationship between Great Britain and the United States is generally known – but not necessarily well-understood. 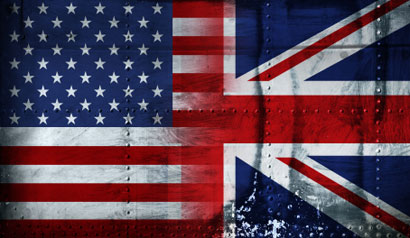 That connection will be more deeply explored in a new Anglo-American studies program to be housed at UC Berkeley’s Institute of Governmental Studies (IGS), thanks to a $1 million gift from the Anglo California Foundation.

“This gift provides a wonderful opportunity to build on the enormous strength of Berkeley’s scholarship about Britain and its influence on the United States in so many domains,” said IGS director Jack Citrin, professor of political science. “To deepen this engagement in multiple disciplines and to involve British scholars in this enterprise on an ongoing basis is something IGS embraces as a project that will benefit faculty and students in an enduring way.”

The program, which will launch officially in spring 2013, will support faculty and graduate student research, conduct scholarly conferences, and feature an annual R. Kirk Underhill lecture at UC Berkeley by a leading figure from political or scholarly circles in the United Kingdom.

In addition, the new program will offer an R. Kirk Underhill Graduate Fellowship, initiated by a $500,000 gift from the Underhill Trust. Robert Kirk Underhill, a lifelong Anglophile who founded the Robert Kirk clothing store that specialized in British goods, graduated from UC Berkeley in 1928 with a bachelor’s degree in economics. He was chair emeritus of the English Speaking Union in San Francisco, a Commander of the British Empire, and a Knight in the Order of St. John, a major international charity. In San Francisco, Underhill also started “London Weeks,” a series of trade shows and festivals highlighting British life.

In 2003, the Underhill Trust established the Center for British Studies at UC Berkeley’s Institute of European Studies to promote the study of British culture, society and history. The new Anglo-American Studies Program is designed to expand on that with comparative and interdisciplinary examination of shared issues such as immigration, welfare, central government fiscal policy, financial regulation, science policy, constitutional law, party systems, foreign policy cooperation and changing conceptions of nationhood, in addition to broader studies of reciprocal cultural influences.

In the past, the IGS has sponsored such programs as the Anglo-American Dialogues and an annual UK Seminar to examine developments in British government and society. The late UC Berkeley political scientist Nelson Polsby is credited with giving British Studies a big push on campus by organizing two conferences that produced books about the British government, and by building strong ties with UK scholars.

The IGS also has sponsored several visiting British scholars who have taught and lectured on such topics as Britain’s role in the European Union, constitutional reform and voting behavior.

The IGS was formed in 1919.  Its primary mission is to promote research, educational activities and public service in American and California politics and public policy, but the scope of its work has expanded to encompass comparative and global concerns — now with a new emphasis on Britain in the world.