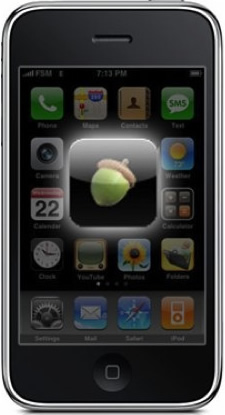 California’s majestic oak trees have been felled by the hundreds of thousands by a disease first reported in 1995 and dubbed “sudden oak death.”  To get a broader perspective on the disease, UC Berkeley scientists have developed a smartphone app for hikers and other nature lovers to report trees they find that have succumbed to sudden oak death.

While out in a park or forest, iPhone users can use the new OakMapper mobile application to report sightings of trees killed by Phytophthora ramorum, the plant pathogen that causes sudden oak death. Onsite, they can note the symptoms they see, such as seeping, bark discoloration, crown discoloration, dead leaves, shoot die-back, fungus, beetle frass and beetle bore holes. The OakMapper app, created by scientists in the UC Berkeley Geospatial Innovation Facility, uses the phone's built-in GPS to identify the participant’s location when the data is submitted.

Maggi Kelly, UC Berkeley Cooperative Extension specialist, started collecting data from community members through the OakMapper website in 2001. The geographer explained why she uses crowd sourcing to collect data for her research.

OakMapper serves all of these needs, she said. 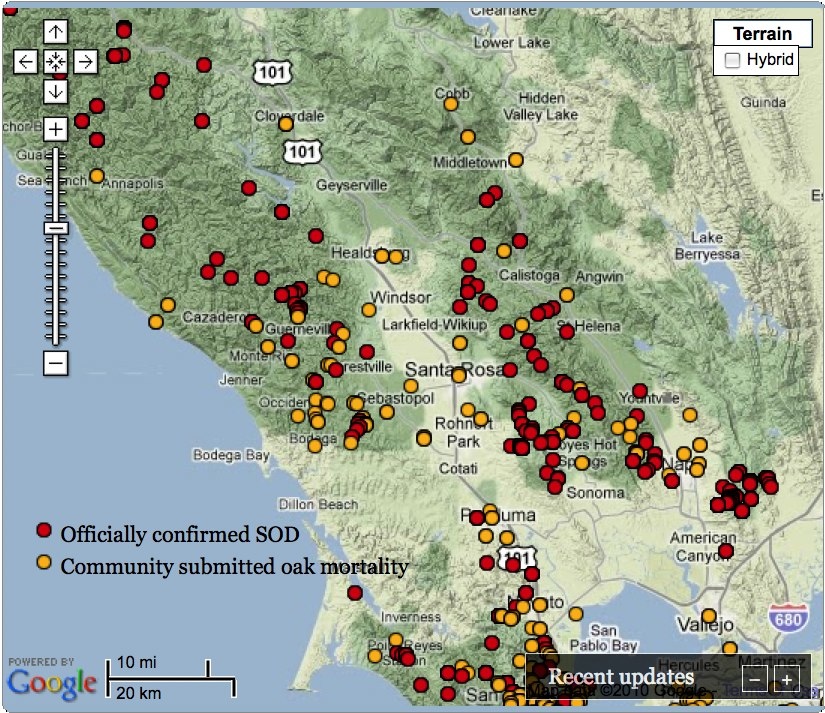 “OakMapper is a coordinated monitoring effort, displaying the locations of official confirmations of P. ramorum,” Kelly said.  “It is also a citizen science project, collecting information about oak mortality from the general public, and it is an outreach tool, showing people where the disease is and providing them with information about the disease.”

In addition to contributing to the database, people using the OakMapper app can view a map that shows known and suspected locations of sudden oak death in their vicinity and around the state.

Because many factors can cause an oak tree to die, the only way to be certain an oak has P. ramorum is to have a sample tested by a California Department of Food and Agriculture or University of California laboratory. Red dots on the map indicate cases of sudden oak death that have been confirmed by official lab tests. Yellow dots mark locations submitted by the OakMapper community that have not been confirmed by lab tests. More information can be obtained about each point by clicking on it.

To report a diseased tree, contributors may enter an address, coordinates, or mark a point on the map. A list allows them to identify the tree as coast live oak, tanoak, black oak or other and another list lets users click the symptoms. They also can describe the environmental setting, such as residential landscape or natural forest.

OakMapper began in 2001 at UC Berkeley with support from the California Department of Forestry and the USDA Forest Service, Pacific Southwest Region, and in collaboration with the California Oak Mortality Task Force.