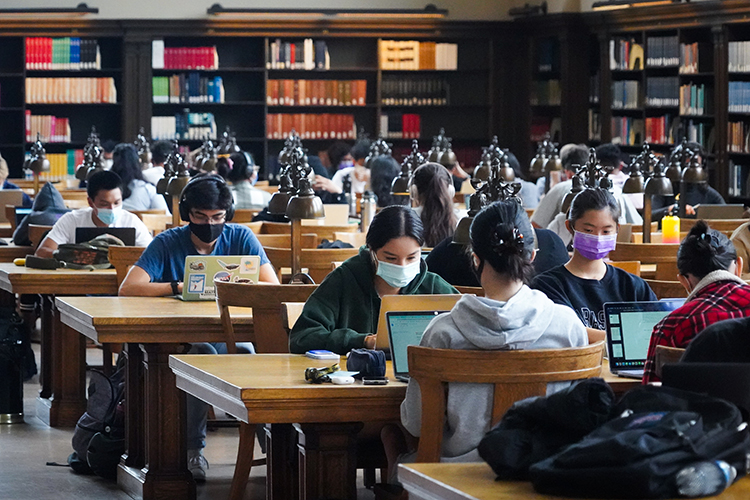 Berkeley, CA, October 21, 2021 — A new policy brief released today by the California Policy Lab (CPL) and the People Lab at UC Berkeley shows that making simple changes to Cal Grant financial aid award letters significantly increased the number of California high school students who registered for an online account, a key first step for receiving the grant. The policy brief summarizes the results from two randomized controlled trials that were conducted by the California Student Aid Commission (CSAC) in close collaboration with researchers from the Labs.

Each year, more than 150,000 low and moderate income, high achieving high school students meet the Cal Grant eligibility requirements and are therefore entitled to receive scholarships for college, but many students don’t claim them. To test if small changes to grant notification letters could increase awareness and take-up, CSAC partnered with researchers to send seven different versions of the letter to over 250,000 high school students over the course of two years.

During the 2017-18 academic year, the study tested an existing, baseline letter against two modified versions of the letter. One version used a simpler design and clearer language and provided clear guidance on how to register on CSAC’s online portal to claim the grant. A second version used the same simplified language and design and added language emphasizing that the student belonged in college. Students who received either simplified letter were much more likely to register than those who received the baseline letter (9% more likely for the first letter, and 11% more likely for the second).

In the 2018-19 academic year, the team tested four variants – two based on the simplified letters from the first year, and two new variations. The third letter, intended to normalize college as a choice, emphasized that many students were enrolling in college and receiving the grant. A fourth letter included personalized information about the total amount of financial aid available, and how that would impact the net costs for attending the colleges and universities for which a student had already applied. The letter with personalized, net cost information had the biggest impact; increasing registration by 4.6% over the simplified letter from the first year.

The net cost letter also influenced students’ knowledge of college costs and their college choices: students who received it were 12% more likely to enroll at a community college, which was often the lowest-cost option. The letter variants did not affect overall college-going rates, likely reflecting that Cal Grant account registration is only one step in a complex college application and financial aid process.

“Connecting more students to the financial aid they’re eligible for is a top priority of the Commission,” explains Patrick Perry, Division Chief of Policy, Research & Data at CSAC. “This partnership provided invaluable insights about how even small changes to the way we communicate with students can have a big impact on engaging more students in the process of awarding financial aid.”

“Nearly 40% of high school students don’t enroll in college, and we know that the complexity of the process is part of the problem,” explains co-author Jesse Rothstein, Chancellor’s Professor of Public Policy and Economics at UC Berkeley and the faculty director of the California Policy Lab’s UC Berkeley site. “Our research shows that small, behaviorally-informed changes to financial aid letters dramatically increased the number of students who took the first step to claim that aid. That’s not the end of the story, though: these impacts point to a need to simplify the college aid process at every stage to ensure that more students receive the aid for which they’re eligible and incorporate the availability of aid into their college planning from an early stage.”

The policy brief, as well as a more in-depth working paper, and examples of the modified letters, are available on CPL’s website and the People Lab’s website.