Seven assistant professors from the fields of astronomy, biology, computer science, economics and statistics have been named 2019 Sloan Research Fellows.

They are among 126 scholars  from the United States and Canada whose early-career achievements mark them as being among today’s very best scientific minds. Winners receive $70,000 over the course of two years toward a research project. 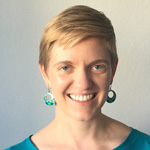 Courtney Dressing is an assistant professor of astronomy who focuses on detecting and characterizing planetary systems orbiting other stars. She uses telescopes on the ground and in space to search for planets, probe their atmospheres, measure their masses and constrain their bulk compositions. She is curious about how planets form and evolve with time, the frequency of planetary systems in the Milky Way Galaxy and the prospects for detecting life on planets outside of our solar system. 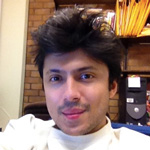 Shirshendu Ganguly is an assistant professor of statistics who studies probability theory and its applications. Recent topics include disordered metric geometries with a focus on the geometry of geodesics in percolation models, problems in statistical mechanics, mixing times of Markov chains, random walks on graphs and random matrix theory. 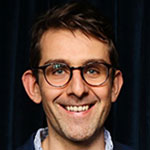 Moritz Hardt is an assistant professor of engineering and computer sciences whose research aims to make the practice of machine learning more robust, reliable and aligned with societal values. 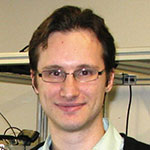 Sergey Levine is an assistant professor of engineering and computer sciences. His work focuses on the development of machine learning algorithms and techniques that give machines the ability to learn the skills needed to execute complex tasks. Applications of his work include autonomous robots and vehicles, as well as computer vision and graphics. 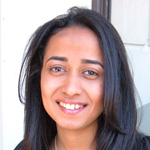 Priya Moorjani is an assistant professor of molecular and cell biology. She focuses on questions in human population genetics and evolutionary biology. A central aim of her lab is to understand evolutionary history and its impact on human adaptation and disease. To this end, she uses genetic data from ancient specimens and present-day individuals to study the processes that have shaped genetic variation, reconstruct evolutionary events and identify key genetic variants related to adaptation and disease. 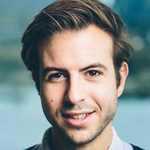 Philipp Strack is an assistant professor of economics and a microeconomic theorist who studies people’s behavior in dynamic situations. His research draws from game theory, optimization and probability theory.  Applications of his work include the maximization of revenue from the sale of airplane tickets, dynamic ad-word auctions, optimal unemployment benefits, model-free option pricing and competition between mutual fund managers. 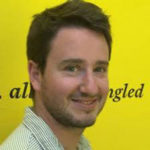 Gabriel Zucman is an assistant professor of economics. He specializes in the study of inequality, wealth and taxation. In his latest book, The Hidden Wealth of Nations,  Zucman shows that about 8 percent of the world’s household financial wealth is held in offshore tax havens, mostly by very rich individuals. He serves as co-director of the World Inequality Database, a database providing access to extensive data series on the world distribution of income and wealth. Along with UC Berkeley economist Emmanuel Saez, he is currently working with U.S. Sen. Elizabeth Warren on a plan that would change how wealth is taxed.