Scientist's new book will make you an instant physicist (maybe)

Richard Muller is a guy who thinks spouting fun physics facts will make you the life of the party. And his new book, "The Instant Physicist: An Illustrated Guide," may just convince you he's right.

Who knew, for example, that liquor, by law, must be radioactive? Or that you really can get your clothes whiter than white? Or that the earth is travelling through space at a million miles per hour? 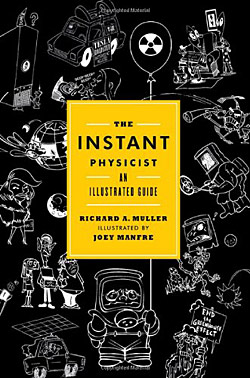 These are some of the astonishing facts Muller, a professor of physics at the University of California, Berkeley, explains with the help of witty cartoons by illustrator Joey Manfre.

"When I was a kid, I used to love ‘Ripley's Believe it or Not,'" Muller said. The 2011 book's anecdotes are like Ripley's amazing tidbits, "but with a real explanation. I think this is a new approach to teaching physics. If you know ten-year-olds, giving them a copy of this book will begin to make them fascinated by science. But the book is equally liked by physics professors," he added.

The fun facts are mined from Muller's previous book, the 2008 bestseller "Physics for Future Presidents," which itself is a distillation of the lectures Muller gives in his introductory physics class of the same name. Muller credits his daughter with the inspiration for the book, after she commented that she liked best the surprising "sound bites" sprinkled throughout.

"Like the fact that alcohol is required by law to be radioactive – it's something so memorable that you never forget it," he said.

Muller proposed an illustrated book of sound bites to his publisher, W. W. Norton & Company, and then called upon a designer/illustrator friend, Manfre, to try his hand at some cartoons. The collaboration was ideal, Muller said, and Norton bought the idea. 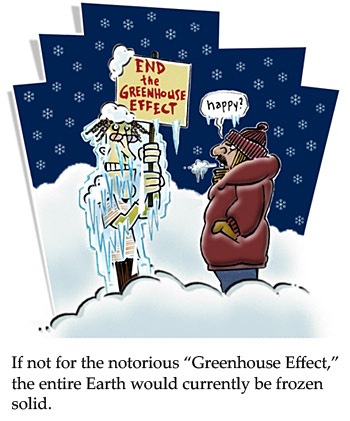 "I think there is a lot of nourishment in the cartoons," Muller said. "Joey's cartoons are not only humorous and clever, but so creative. Each one is new and original and gives a freshness to the pages that I really love."

Muller's brief introduction promises that the book will not only help the reader "pass yourself off as a physicist at your next party (assuming you would want to)," but also win arguments with friends and relatives and win money on "crazy-sounding bets."

More seriously, he wants the book to serve a purpose similar to that of "Physics for Future Presidents," which has sold more than 60,000 copies. That is, he wants to teach the lay public in as painless a way as possible about the science and technology now changing their lives.

"Whether you are a world leader or just a voting citizen, you'll improve your judgment by knowing some key facts and numbers. And what better way to learn them than through humor?" he wrote in the book's introduction.

He claims to have many more anecdotes than the 65 in the book, but don't look for a sequel just yet. His next book is "Energy for Future Presidents."

"Physics is non-partisan, and I hope to take the politics out of the argument over global warming and focus on the science," he said. "If all we can do is lower the temperature of the debate over global warming, we will make a real contribution."