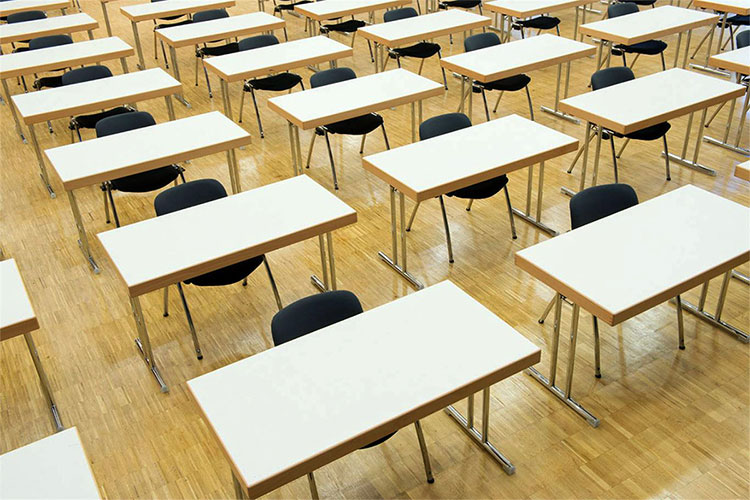 Berkeley — Informing parents about not just when but how often their children miss school reduces absenteeism by 10 percent or more at every level from kindergarten all the way through 12th grade, according to a study published this week in the journal Nature Human Behavior.

The experiments were conducted in the School District of Philadelphia, the country’s eight-largest school district, over the course of the 2014-2015 school year by professor Todd Rogers of the Harvard Kennedy School and Avi Feller, a University of California, Berkeley, assistant professor of public policy and of statistics.

Absenteeism as a national problem

Student attendance is a major concern of educators and policymakers, in part because it is considered crucial to educational success and because in many states it is tied to performance evaluation and school funding. More than 10 percent of public school students in the United States are chronically absent every year, missing 18 or more days of school.

Their work has implications for education and other fields, as absenteeism costs organizations in the United States more than $200 billion every year. Rogers and Feller said that targeting influential third-parties – such as managers in the workplace, doctors dealing with patients or even a spouse – and giving them information about absenteeism could help reduce absences.

‘All the students are above average’

Many parents, the researchers said, have a hard time keeping inaccurate tallies of how often their children miss school, and don’t know how their numbers compare to the norm for other youths. Yet Rogers and Feller reported that advising parents how their kids’ absenteeism compared to the norm produced no more meaningful impact than did telling them how many days their children were absent.

They attributed this to parental beliefs minimizing the downside of absences to a “Lake Wobegon effect,” borrowing from the Prairie Home Companion radio show’s fictional hometown, whose inhabitants wishfully believe that “all the students are above average.”

“Since children can be central to parents’ own identities, biased total absences beliefs may benefit parents by allowing them to think more positively about themselves,” wrote Rogers and Feller in Nature Human Behavior.

But when parents get the totals in notices labeled “Absences Matter and You Can Help,” Rogers and Feller found that their attitudes seemed to shift.

This is not uncommon, they said, and is reflected in other information intervention experiments, such as one where senior citizens change insurance plans after getting added price details about multiple prescription drug insurance options, or another where cell phone subscribers alter their behavior after notification that they exceeded their agreed-upon service.

Parents are rich targets for such interventions, acknowledged Rogers and Feller, because as “active investors in their children’s human capital,” they can use the data practically when deciding to dish out punishments or rewards, and when bargaining with their kids on a multitude of issues.

They say their communications techniques would be easy to implement and to scale up, and could complement other interventions, such as assigning mentors or social workers to work closely with chronically absent students.

Their experiment featured up to five alerts about school attendance and concluded with survey questions about the importance of school attendance, as well as parental beliefs about their role in ensuring their children attend school. Their communications, which cost $6.60 per household, could be an effective part of a combined attack on classroom absences.

For their study, Rogers and Feller conducted a randomized experiment with the parents of a racially-diverse enrollment of 28,080 high-risk students in kindergarten through 12th grade in the School District of Philadelphia.

In a follow-up, online survey, they asked parents of students in grades K-12 how much it would affect their children’s success if they missed six days halfway through the school year compared to 12 days. Results showed parents do believe there are increasing costs for each additional day their child is absent.

No significant differences were detected across grade levels in the experiment, although the researchers acknowledged that “18-year-old seniors are far more likely to covertly cut school than 7-year-old first-graders.”

Harvard Magazine recently ran a feature on the truancy research by Rogers and Feller.