Research finds social media users actually wind down, not up 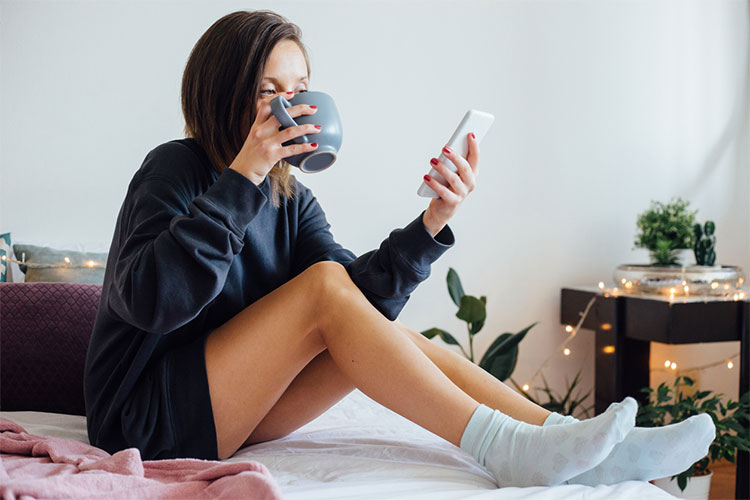 Contrary to conventional wisdom, people tend to wind down rather than whip themselves into a frenzy while browsing Facebook and Twitter, according to a prize-winning dissertation by a newly minted Ph.D. from UC Berkeley’s School of Information.

iSchools Inc., a consortium of more than 80 universities and other institutions on five continents, announced this week that its 2018 Doctoral Dissertation Award goes to Galen Panger, who earned his Ph.D. last year.

Reached at his new post at Google, where he researches user experience, Panger explained his findings.

“I think most people wouldn’t associate the word ‘calm’ with social media,” he said. “But one of the more robust findings of the dissertation is that people tend to wind down – feel more relaxed, sleepy, bored – when they browse social media, both Facebook and Twitter.”

The issue of the role of emotion in social media, he said, is enormously important.

Early in his dissertation, Panger noted that “there is no topic more central to our highest hopes or deepest fears for social media than emotion. Emotion is the outrage and hope that fuels social media social movements from the Arab Spring to Black Lives Matter, and it is the hostility that silenced women in Gamergate.

“Emotion is the sadness that spreads through social media upon the death of a celebrity or in the wake of another mass shooting. Emotion is the happy life we are concerned with portraying to our friends, the moments of satisfaction we cannot wait to tell the world about, and the envy of receiving the highlights of our friends’ lives while we carry on with ordinary life.“

He noted that his finding that people wind down while on Facebook and Twitter runs counter to a prevailing theory of “emotional contagion,” which implies that if status updates are wound up, people browsing those updates will feel that way too.

“So, either emotional contagion is wrong, or it’s just not potent enough to overcome situational factors that may be associated with browsing social media, like reclining in bed or waiting for the train,” Panger said.

And, there is evidence that people tend to express more anger and disgust on Twitter and Facebook than they experience in daily life, Panger said. This and other evidence, he said, supports the theory that people may be less restrained in how they express themselves online, at least to some extent.

“Certainly, Donald Trump seems like Exhibit A of online disinhibition, but he’s pretty angry, resentful and unrestrained in life, so it’s tough to blame Twitter for everything we see there,” he said.

Overall, Panger said, the picture is pretty nuanced, as social media users seem both more inhibited and more disinhibited, in different ways, in how they express themselves online.

“One thing I hope people feel as they read the dissertation is some reassurance that social media is not a terribly warped representation of us and is not doing extreme things to our emotions,” offered Panger.

“The effects are subtler,” he said. “It turns out, for example, that the calm and basic pleasantness of daily life, on average, is reflected in how people tweet on Twitter or post on Facebook. Imagine that!”

On the other hand, he acknowledged that his research found a “slight tilt” toward negative emotion when people browse social media.

Panger found Facebook posts tend to be more positive than emotional life in general, with posts with photos of ourselves among the most positive. There is evidence in his dissertation and in other research that this spreads envy, a potential source of resentment and antisocial behavior.

“One implication for the general population is to be mindful about spreading envy with your Facebook posts,” advised Panger. “I think anything we can do to reduce the resentment floating around right now would be a good thing.”

While a grad student at Berkeley’s School of Information, Panger, who earned a bachelor’s degree in public policy from Stanford University, was a founding director of the Center for Technology, Society & Policy.

During work on his Ph.D., he completed a study of graduate student well-being at Berkeley, which has since been expanded to all 10 University of California campuses.

Panger is the second Berkeley School of Information alumnus to receive the iSchools honor in the last three years. Ashwin Mathew won in 2016 for his dissertation on locating political power in the structure of the internet. In 2013, Joshua Blumenstock’s dissertation on the economic impacts of cell phones in sub-Saharan Africa garnered him a runner-up spot. Blumenstock now is an assistant professor at the School of Information.

Panger will receive his award at the iSchools annual banquet on March 27, and also will collect a cash prize of $2,500.

You can read Panger’s dissertation here.