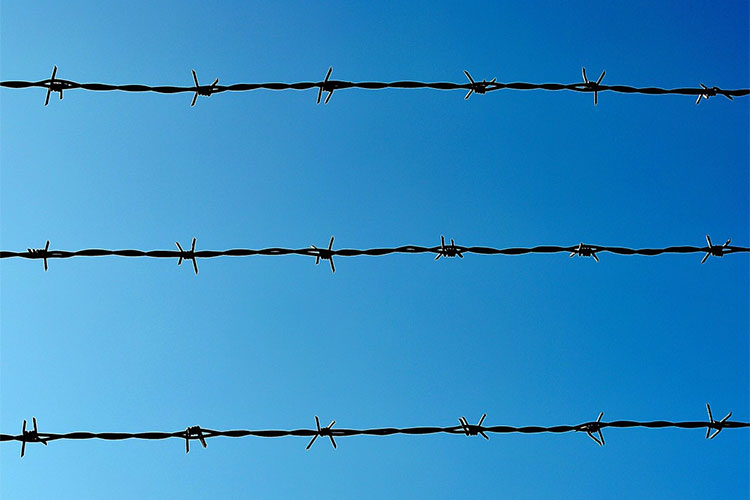 Response to a recent report finding that California’s correctional and parole officers face extraordinarily high risks of suicide and other mental health problems has Amy Lerman, the UC Berkeley professor who led the research, feeling cautiously optimistic about the state’s ability to address the issue.

Reports on the study have appeared in nearly 700 news outlets since the initial story by Associated Press reporter Don Thompson in Sacramento ran on Jan. 9. Coverage has extended from the Bay Area to Lompoc, Tucson to Tulsa, from New York to Wisconsin and New Mexico. Several foreign news outlets also have carried the story. In UC Berkeley Media Relations’ experience, major news coverage is reflected by attention in 100 or more publications.

Lerman is an associate professor of public policy and political science who studies the wide-ranging impacts of the growing criminal justice industry, as well as other subjects such as racial identities, economic inequality and political participation. She says shining a spotlight on the problem has been a challenge.

“Historically, it’s been hard to get attention to mental health issues among law enforcement,” she said. “There’s been just so little information out there about what people are experiencing and how to successfully intervene.”

But, Lerman cautioned, “Prisons are not hermetically sealed; we’re all affected by what goes on inside corrections.”

Inmate suicides in California’s correctional institutions have been studied, she said, but prison officer deaths by their own hands — and other serious health and well-being questions concerning staff — have not received nearly as much attention. Even more critically, researchers know little about how to intervene successfully.

Their goal was to assess mental and physical health problems among prison and parole officers, who face intense work-related stresses from a constant threat of physical violence and an often-volatile disciplinary system. The information from the study will help guide the role out and evaluation of new pilot assistance programs across the state.

The report will be official in a few weeks, but its findings are already clear. California’s correctional officers experience extremely high levels of depression and anxiety, post-traumatic stress disorder, suicide risk, heart disease and strain on their personal and professional relationships.

“And everyone seems really committed to working on the problem,” said Lerman, adding that the level of concern about the issue seems to have increased over the last decade, along with the desire to learn more about it.

Her report is the product of a first-of-its-kind survey of mental health issues facing California prison and parole officers. It found that 10 percent of the 8,300 respondents (an unusually high survey response rate) said they have seriously considered or attempted suicide. That is three times the ratio recorded among the general population of the United States.

For retired officers, the number shoots up to 14 percent, in keeping with that of military veterans.

The Associated Press has reported 96 suicides by current and former California correctional officers between 1999 and 2015.

The high degree of participation in the survey by prison and parole officers may reflect heightened awareness of the scope of the problem, said Lerman, author of The Modern Prison Paradox: Politics, Punishment and American Community (2013) and coauthor ofArresting Citizenship: The Democratic Consequences of American Crime Control (2014).

California is often viewed as a bellwether for trends in the corrections field, Lerman said: “As California begins to seriously address these issues, we hope that the rest of the country will follow.”

Click here to read an interview with Lerman about her work, conducted by UC Berkeley’s Institute of Governmental Studies.