As opponents of critical race theory continue to gather at school boards across the country protesting its use in classrooms, it has become evident that the study of racism in America continues to be seen, by some, as trivial.

But UC Berkeley ethnic studies lecturer Victoria Robinson said that understanding the history of America’s structurally racist roots can be just as nuanced as research done in a science lab. And more importantly, it should be celebrated as education that can help bridge communities in a country currently divided along politically racialized lines.

“This history and curriculum has never been more important. It’s something really worth fighting for,” said Robinson, who has taught courses about the impact of race in America’s carceral system for over 25 years. “It reminds us of the hard work and the possibilities that can happen when we collectively organize together and imagine together: that incredible things are possible.”

Since 2006, Robinson has led Berkeley’s American Cultures Center, which supports the American Cultures (AC) program requirement, first instituted in 1991 to introduce students to courses rooted in examining the diversity of American experiences throughout history.

The program, which offers courses in more than 50 departments and disciplines, celebrated its 30th anniversary Nov. 16 at Berkeley’s Doe Library. The event included the unveiling of a new library exhibit, “Tumbling the Ivory Tower,” a display that chronicles the history of the American Cultures requirement and its impact on Berkeley and beyond.

Berkeley News spoke with Robinson recently about why it’s important for communities to embrace education centered around structural racism, and how discussions around race can truly forge the way for a just future based on “collective care and joy.”

Berkeley News: When Berkeley’s American Cultures requirement was first proposed in the 1980s, it got similar critiques in the public discourse that critical race theory (CRT) is currently receiving. How does American Cultures fit into this current discussion?

Victoria Robinson: What we call critical race theory, a decades-long set of works, is a legal philosophy that comes out of research and expertise of folks like civil rights activist and lawyer Derrick Bell and law school professor Kimberlé W. Crenshaw.

It’s a legal framework for understanding the structural racism driven through American policies, institutions and culture.

The American Cultures requirement has never shied away from tackling the more complicated nuances of how race and racism impact our daily lives. Therefore, we have had similar pushback. 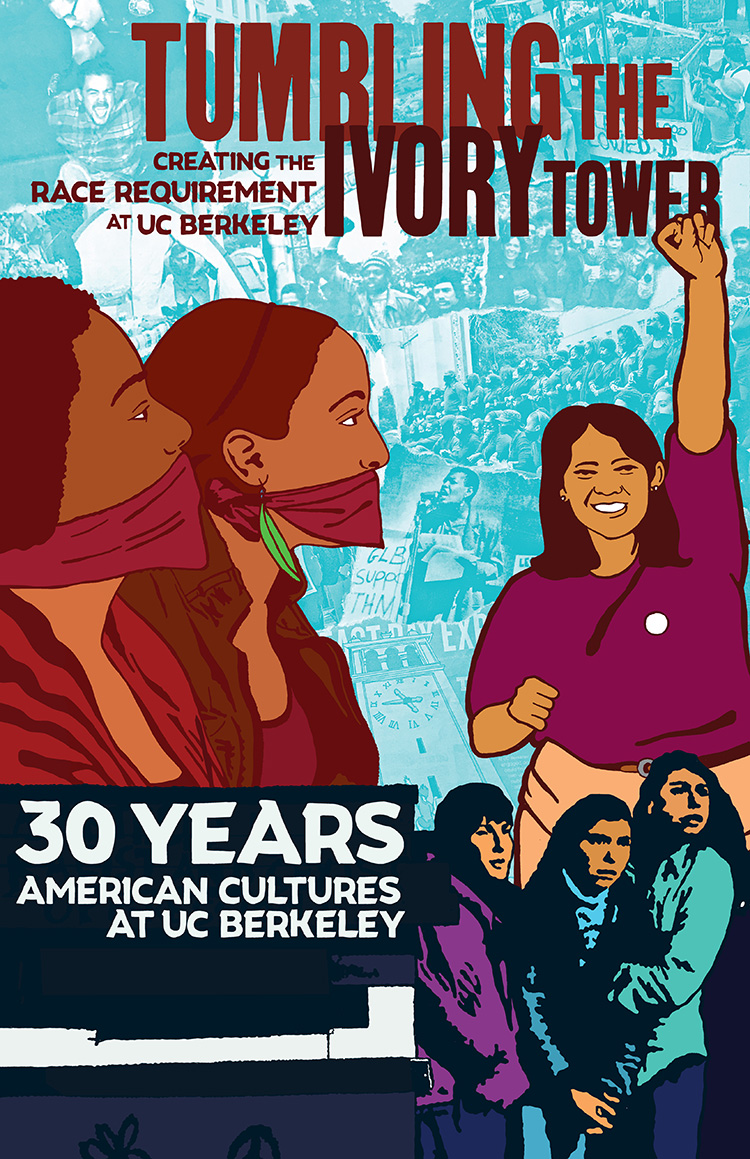 But the current controversy of teaching about race in education is so prevalent now because certain people in privileged majority spaces are feeling the wearing of our social and political seams, and the unravelling of historic mythologies centered in white supremacy.

They’re reacting to the impact of race on history, and it being taught in their children’s classrooms. The unwillingness to accept the teaching of these curriculums is an attack on the truth.

Why can some of us not face the great difficulties of American history?

I actually think this is a misnomer for the fact that children have always been taught about race in their communities. It’s often how people in communities of color have survived.

Can you expand on that? How have communities of color taught students about race in the past?

Parents have had to teach their Black children what they should or shouldn’t do when pulled over by a police officer or how to act or speak in predominately white spaces, and what to expect from people in places of higher education, or other institutions with white supremacist foundations.

They have had no choice but to understand and analyze how race impacts their lived experiences.

That education is necessary for communities of color because of the racist structures that are rooted in America’s history. A history that needs to be taught without filters.

How can teaching this history to those in the privileged majorities benefit them?

It’s not about individual benefit: This work is about the necessity of truth-telling and cultivating critical thinking skills.

Understanding the histories of those communities affected the most by these racist structures can teach all of us about how we might survive this current moment we are in, a moment that has pitted us against each other along racial, political and class lines.

And more than that, a lot of this history is about the politics of imagination around solidarity and coalition-making. So, why not talk about that?

The freedom movements of the 1960s and 1970s, where communities came together and asked each other what it means to see our individual liberation through a collective liberation — that is a history worth teaching.

What do you say to people who think that American Cultures courses and critical race theory focus too much on racial issues and make people racist?

We have observed many acts that we can absolutely name as racist that occur in our society. But the foundation of what builds that behavior is where the curriculum really wants to be.

What caused a group of people, who were predominately white, to attack the Capitol on Jan. 6? Why is there a call for more law enforcement amidst the increase of violence targeted at Asian and Asian American communities, versus a call to defund the police just 18 months earlier after the murder of George Floyd?

We’re not making racists out of the curriculum, we’re providing students with the tools to understand how race is intertwined within our history and current events. I would actually ask the question, “Do we have enough time for this work, for this discussion?”, not whether we are having too many discussions.

But the study of race/racism is not seen as a form of research in certain academic circles.

Right, and I’ll always remember a moment that Berkeley sociology professor Troy Duster described to me that relates to this.

"A lot of this history is about the politics of imagination around solidarity and coalition-making. So, why not talk about that?"

He was on a panel that the American Cultures Center was hosting with a couple of his colleagues from the STEM departments. They were talking about how the study of race was structured research in STEM versus the social sciences and humanities.

One of his colleagues turned to him and said, “I don’t get it. Race isn’t rocket science.” And Troy turned to this person and said, “You’re right. It’s so much more complicated.”

That, in a nutshell, is how I feel about that criticism.

As an educator, how have you seen the impact these courses have had on students?

One instance I will always remember was something one of my former students, a white man from Illinois, said to me a few years back after taking my Introduction to Abolition class.

He was a political science major and hadn’t learned about the Attica Prison massacre of 1971 and the different histories that have contributed to the disproportionate racial demographics of America’s prisons.

“Because I can never switch this off now,” he responded. “I’m so mad that I wasn’t taught this before. Why didn’t I know?”

He had this massive anger that he felt the history of what he called his nation, his country, was not a history that he’d actually been given a choice to fully understand.

I think it’s important to let people make up their minds on their own. When you choose not to share certain histories, you don’t give them that opportunity to have those complicated conversations that many of us need to have with ourselves and our communities.

But what about the critique that these types of curricula are more a reflection of what liberal academics find significant in history?

We become irrelevant, if we are a set of elite people at some of the top universities who think we know what others need. It has to be the other way around.

The American Cultures requirement was born out of the activism of Oakland’s longshore workers and their fight against South African apartheid. This curriculum is based on the reality of our communities, and not some ivory academic tower.

But I don’t think anybody owns these histories. We’re part of a genealogy of hundreds of years and multiple generations of struggle against injustice. And we have to think through how to educate each other about that historical struggle in order to bring collective joy to one another — to flourish, together.

What is the best way to bring this analysis of race in America to everyone? Does it belong in high schools?

It belongs everywhere — our dinner tables, our community centers, our screening rooms, our potlucks, and yes, our high schools and college classrooms. And who says it’s not already there?

In the classroom, what we study and how we study, puts us in a position to activate and realize the possibilities of a just future. A lot of what we’re seeing right now in the backlash against CRT, ethnic studies and teaching about race in general — is fear.

It’s a fear from those in power, that if we had the opportunity, across divergent points of origin and racial backgrounds, to talk together and come up with ideas together — we’d be damned dangerous, together.

How will the American Cultures exhibit and anniversary celebration help people understand the importance of teaching about race and racism in the classroom?

It matters that Berkeley has a particularly powerful story in that narrative, because people do look to the strengths that we have as a big public university. And I think this exhibit and the celebration is going to give people the opportunity to look at that historical arc that Berkeley fits into.

I’m really hoping that people are put into a moment of seeing themselves in those histories and wondering where they were, what they were thinking, and how they were reacting during those moments.

It’s really important to put these complicated narratives and historical truisms together to again remind us of the hard work and the possibilities that can happen when we collectively organize together, and imagine together.

That incredible things are possible.