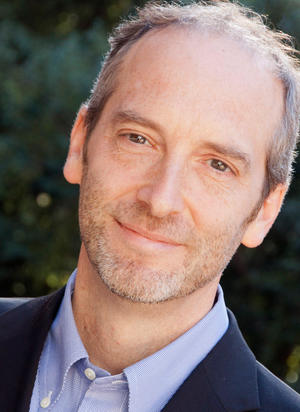 It was announced today that the 2019 Wolf Prize for Chemistry has been awarded to professors John F. Hartwig from University of California at Berkeley and Stephen L. Buchwald from MIT, for the development of efficient transition-metal catalysts that have revolutionized drug manufacturing, leading to a breakthrough in molecule and synthetics design. They were named along with five other laureates in the fields of medicine, architecture, agriculture, chemistry and mathematics announced today at a ceremony held at the President’s Residence by President Reuben Rivlin.

Professors Hartwig and Buchwald were jointly awarded the Tetrahedron Prize for Creativity in Organic Chemistry in 2018 for their development of the Buchwald–Hartwig amination; a chemical reaction used for the synthesis of carbon-nitrogen bonds via the Palladium-catalyzed coupling reactions of amines with aryl halides. The process has gained wide use in the industrial preparation of numerous pharmaceuticals.

Professor Hartwig's research focuses on the discovery and understanding of new reactions catalyzed by transition metal complexes. He has developed a selective catalytic functionalization of alkanes, a method for formation of arylamines and aryl ethers from aryl halides or sulfonates, a method for the direct conversion of carbonyl compounds to alpha-aryl carbonyl derivatives, a system for the catalytic addition of amines to vinylarenes and dienes, and highly selective catalysts for the regio and enantioselective amination of allylic carbonates. With each system, his group has conducted extensive mechanistic investigations. He has revealed several new classes of reductive eliminations, has isolated discrete compounds that functionalize alkanes, and has reported unusual three-coordinate arylpalladium complexes that are intermediates in cross coupling. During the past several years, his group also has developed, in collaboration with his colleague Prof. Doug Clark, artificial metalloenzymes in which the native metal is replaced by an organometallic fragment to enable abiotic reactivity.

About the Wolf Prize

The $100,000 prize is awarded by the Wolf Foundation,  which was founded in 1975 by Ricardo Wolf, a German-born inventor who served as Cuba’s ambassador to Israel. He had been offered the position of Minister of Finance, but declined and asked instead that he be appointed as Cuba’s ambassador to Israel. He was held in such high esteem that his request was granted, and in 1961 he presented his credentials to President Yitzhak Ben Zvi. Wolf valued excellence in agriculture, chemistry, mathematics, medicine, physics and the arts. In the latter category, the prize rotates between architecture, music, painting, and sculpture.