Prices are spiking for homes, cars and gas. Don’t be alarmed, economists say

The cost of homes is soaring — and so is the cost of the lumber to build them. The price of cars and gas are up sharply, too, as are prices for products ranging from corn to computer chips. Now worries are rising that as the post-pandemic economy comes back to life, a sustained surge of inflation could undermine the recovery. 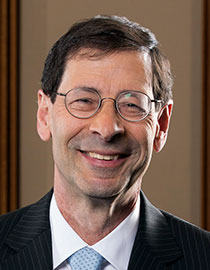 he U.S. Department of Labor reported yesterday that the Consumer Price Index rose 5% in May, following a 4.2% jump in April. But at UC Berkeley, high-level economists are offering some calming advice: A measure of inflation is inevitable as the U.S. economy comes back online, but it will likely be modest. And it will almost certainly blow over as the economy stabilizes.

“Alarmists point to past periods of very high inflation, so we imagine inflation of 5%, 6%, maybe higher,” said Berkeley professor Maurice Obstfeld, former chief economist for the International Monetary Fund. “But I don’t think it’s very likely that we would get much above 3% after a couple of years.” 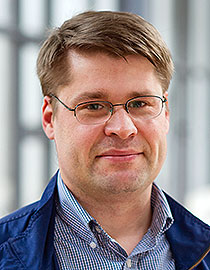 People have this idea that inflation is something we have to be frightened about,” added Berkeley economist Yuriy Gorodnichenko. “When we have some inflation, that means we have a lot of action in the economy, and the economy is recovering. It’s good. It’s a sign of health. … It doesn’t mean we’ll return to the 1970s.”

The UC Berkeley economics department features some of the nation’s most influential scholars in monetary and economic policy, many of them with experience at high levels of government, international institutions and academic centers. In a series of interviews, they cited a range of challenges as policymakers try to restore some normalcy to the economy — continuing high unemployment, for example, and an economic realignment away from brick-and-mortar retail stores.

Inflation forecasts are inherently uncertain, but they said today’s higher prices are likely to be a blip that lasts a year or two, at most.

The new inflation numbers are roughly double the annual inflation rate of the past decade, but far below inflation that averaged 7.9% annually in the 1970s, before peaking at nearly 14% in 1980.

That inflation caused deep, long-term damage to the U.S. economy. Tens of millions of Americans saw dramatic erosion in the value of their earnings and savings. Businesses faced price increases and broad uncertainty that made it difficult to budget for the costs of supplies and labor. Unemployment rose and stayed high for years.

Without doubt, the 1970s economy left scars that remain painful four decades later — and, the Berkeley scholars say, that likely accounts for some of the alarm in recent weeks.

Waking the economy from an induced coma

For generations, Econ 101 students have learned that inflation is a straightforward process: When an economy is strong, a lot of people are working, and their wages are rising. That means more people with more money are competing to buy apples or pickup trucks or homes. The competition causes price inflation.

But the economic conditions caused by the pandemic have been unlike anything in modern U.S. history. In effect, the lockdown put much of the economy in an induced coma so that, where possible, workers would stay home and be protected from the coronavirus.

As more Americans get vaccinated and health threats retreat, it would seem simple to flip the switch and turn the economy back on, said Berkeley economist J. Bradford DeLong, who served as deputy assistant Treasury secretary in the administration of President Bill Clinton.

“You give people lots of purchasing power, and you say, ‘Go out and spend it,’” DeLong explained. “And if there are lots of people running around waving money in the air saying, ‘I want to buy things,’ businesses will respond, and you will get back to full employment quite quickly.”

COVID, microchips and the spiraling price of pickup trucks

In reality, however, it’s neither easy nor smooth.

“Right now, we’re coming out of a plague year,” said DeLong. “We’re in some place we’ve never been before.”

“Bottlenecks” are the problems most visible — and most vexing — to many consumers, and Berkeley economists say bottlenecks are driving much of the preoccupation with inflation in politics and the press.

As the economy restarts, demand for new cars and trucks is up sharply. But a shortage of microchips has slowed production. The result: Prices are up sharply.

The pandemic forced the shutdown of many lumber mills, and construction activity slowed dramatically as workers were sent home. Consumers meanwhile stopped eating at restaurants and cancelled vacations; they shifted their priorities to new homes or vacation homes. With similar results: The cost of timber needed for new construction is up 180%, construction has slowed, and home prices are going through the roof.

While the price increases are sobering, the Berkeley economists expect inflation arising from the pandemic to be temporary. Timber production will increase, and prices will fall. Chip manufacturers are ramping up production, and new-vehicle inventories will rise. As mills and factories come back online and workers return, the economy will return to a more natural balance.

Still, the experts are cautious about blanket predictions. Why? In part, at least, because inflation isn’t the linear cause-and-effect phenomenon typically described in Econ 101.

Berkeley economist Emi Nakamura, winner of the prestigious John Bates Clark Medal in 2019, last year joined with Berkeley colleague Jón Steinsson and others in research on the “Phillips curve,” an influential model for understanding inflation. In simple terms, the Phillips curve holds that, in a robust economy with low unemployment, workers will seek higher wages, and firms will raise prices.

But in their paradigm-challenging work, Nakamura, Steinsson and their colleagues demonstrated that employment levels had little bearing on the high inflation of the 1970s. Far more important, they found, were the expectations by business owners and consumers that inflation, in the long run, would rise.

In effect, the owners and consumers didn’t trust policymakers to control inflation. But while inflation has been contained for 40 years, the inflation of the 1970s has had long-lasting influence on our expectations, Berkeley economists say. Today many political leaders — predominantly Republicans — are using those fears to attack President Joe Biden and the Democrats’ pandemic recovery and infrastructure investment programs.

Gorodnichenko and others at Berkeley acknowledge that some credible economists see higher risks of inflation. But the political attacks, they say, often are not based on sound economic analysis.

The Federal Reserve Board, which has primary influence in shaping the nation’s policies on inflation, is led by Chairman Jerome Powell and Vice Chairman Richard Clarida — both appointees of former President Donald Trump. “They’re Republicans,” Gorodnichenko said, “and they say inflation is not a problem.”

Today, the pandemic has created a range of conditions that suggest long-term inflation is not a risk — but which make the future especially hard to predict.

The economy still has about 8 million fewer jobs than at the start of the pandemic.

“To put this into perspective,” Gorodnichenko said, “the employment-to-population ratio we have today is at the level that we had at the worst period of the Great Recession” that started in 2008.

Obstfeld, a member of California Gov. Gavin Newsom’s Council of Economic Advisers, cites a more technical factor: While the May Consumer Price Index pegged inflation at 5%, a different measure, the “median CPI,” was just 2.1% for both May and April — and economists believe that measure is a more accurate signal of future inflation.

Those numbers suggest that inflationary pressures are modest. Other dynamics, however, are unprecedented, reflecting deeper changes in the economy that may have accelerated with the pandemic.

For example, DeLong asked, how do you get 8 million or 10 million people back to work quickly? Policymakers have to be careful to maintain pandemic financial supports while they’re still needed, but also must end them so they don’t become an incentive to stay unemployed.

At the same time, he said, millions of jobs will have to shift from fading sectors to those that are growing — for example, from conventional retail sales to fields related to online shopping. But if those new jobs don’t pay well, people won’t take them. “That means that the average level of wages is going to go up,” he said, “and there’s going to be inflation.”

Debt is another concern, said Obstfeld. Both the government and businesses have had to increase borrowing during the pandemic, and that, too, could contribute to inflationary dynamics.

Obstfeld and others said the Fed will face a critical challenge: allowing prices to rise as the economy comes back to life, but then raising interest rates carefully to cool the economy and slow inflation as the economy gets stronger. Success in that effort also may determine whether Americans come to expect sustained higher inflation, but Nakamura and Obstfeld said it would usually take an extended period of high inflation before consumer expectations began to shift.

Among U.S. economists, there’s a spirited debate over whether the Fed will be able to fine-tune its intervention enough to slow inflation without causing a recession. At Berkeley, economists tend to think it’s possible.

DeLong anticipates that any modest inflation, as the pandemic fades, will be “just a blip followed by stability.”

“But that is something that is going to be decided in the next 18 months or two years,” he said. “That will be the end stage of a very complicated and uncertain and confused process of trying to get the economy reopened and get back to full employment as quickly as possible.”