California voters overwhelmingly support a sweeping gun control measure on the November ballot, including strong majorities of both parties and independent voters, according to a new poll released today by the Institute of Governmental Studies at UC Berkeley. 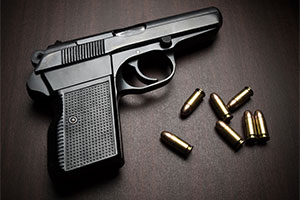 On another hot-button social issue that will be on the November ballot, voters also strongly support legalizing marijuana for recreational use, the survey found.

The poll used online English-language questionnaires to survey 3,020 people from June 29 to July 18. All respondents were registered California voters, and the responses were weighted to reflect the statewide distribution of the California population by gender, race/ethnicity, education and age.

Proposition 63 on the Nov. 8 ballot would require a background check for ammunition purchases, require ammunition sales to occur through licensed dealers and prohibit large-capacity magazines.

The measure was supported by 82.2 percent of those surveyed, including 92.8 percent of Democrats, 79.3 percent of independents, and 64.9 percent of Republicans. Strong majorities supported the measure across all ethnic groups, educational and income levels, and age groups. Women (88.5 percent) were more likely than men to support the measure, but even among men, 74.1 percent were in favor.

Proposition 64 would legalize recreational marijuana use, with regulation by specified government agencies. Almost two in three respondents (63.8 percent) supported that idea, a level of support extremely similar to last year, when the IGS Poll asked the identical question.

Full poll results may be viewed on the IGS website at igs.berkeley.edu.