Daniel Nomura, an assistant professor in the Department of Nutritional Sciences and Toxicology, is one of only 15 United States researchers in the chemical and biological sciences to be named a 2012 Searle Scholar. Each will be awarded $300,000 to support his or her work during the next three years. 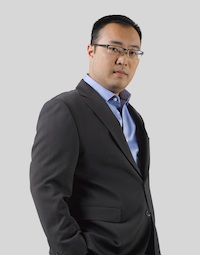 Nomura's research focuses on understanding how influencing metabolic pathways can treat disease; he has already published results in treating brain inflammation and cancer.

This year, 186 applications were considered from recently appointed assistant professors, nominated by 125 universities and research institutions. The final selection of scholars was based on recommendations made by the program’s Scientific Advisory Board consisting of 12 scientists distinguished for their research and leadership across a wide range of fields.

In selecting the Scholars, the Scientific Advisory Board looked for scientists who have already demonstrated innovative research with the potential for making significant contributions to chemical and biological research over an extended period of time.