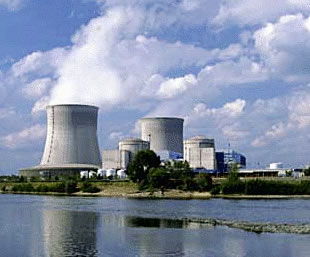 Over two drizzly days in December, several dozen scholars, analysts, scientists, and students gathered in Berkeley for an unprecedented and often contentious workshop on the future of nuclear power. So combustible was the nature of the gathering, it wasn’t difficult to imagine a metaphorical mushroom cloud forming over the building at particularly crackling moments.

The workshop, sponsored by UC Berkeley’s newly formed Center for Science, Technology, Medicine and Society, brought together social scientists and their counterparts in science, engineering, and policy from Cal, Stanford, the University of Chicago, the University of Notre Dame, MIT and other institutions to think about projections of the future of nuclear power in the United States.

With this kind of topic, one might expect to find a roomful of physicists and policy experts contentiously staking out clear positions. More unusual is to find a gathering of scientific experts with scholars from the humanities and social sciences, including the event’s organizer Cathryn Carson, a historian of science and the associate dean of Social Sciences at Berkeley.

“We wanted to broaden the usual debate,” says Professor Carson. “There is real potential for polarization around the issue of nuclear energy, but that is why we wanted to open up the question of how we project the nuclear future. By bringing in the humanists and social scientists, we were able to show that nuclear futures are a matter for broad-ranging intellectual debate. Staking out a pro- or anti-nuclear position was not the main point.”

In fact, there were points of surprising consensus at the workshop. Nearly everyone agreed that past projections of nuclear power had been wrong as often as they had been right. But the gathering was punctuated by some volatile and eye-opening exchanges.

Kristin Shrader-Frechette, professor of philosophy and biological sciences at the University of Notre Dame, expressed skepticism about a number of recent nuclear energy cost projections. “The costs of running a plant triple if liability and the costs of payments to victims of an accident are included,” she said.

Some attendees disputed Shrader-Frechette’s assertions, while others offered different accounts of why it is so hard to get a handle on future costs. Geoffrey Rothwell, a Berkeley-trained economist now at Stanford, dissected standard methods of projecting, while Jon Koomey, former head of Lawrence Berkeley Laboratory’s End-Use Forecasting Group, disputed the sheer possibility of reliable forecasts.

Much debated as well was a presentation by anthropologist Joseph Masco, from the University of Chicago, who discussed the public information campaign — conducted with the help of Walt Disney’s “Tomorrowland” cartoon series  — to switch public perception of the nuclear future from atomic bombs to “nuclear utopia.”

“The atomic genie holds in his hands both creative and destructive power,” intoned the narrator of the “Our Friend the Atom” cartoon. “We have inherited a wealth of knowledge — clean, silent, plentiful. Coal and oil can be saved for other things, like plastics, dyes, textbooks and clothes.”

Instead of military-themed messages, the public was told that nuclear power was curative and could supply the answer to myriad social needs. But it was a very calculated campaign, Masco showed.

Despite these efforts, the nuclear future has never been fully freed in popular consciousness of its associations with war and destruction. “The bomb was deeply political from the start and that message has overwhelmed all other nuclear narratives,” he said. “Fear continues to define the way the public thinks about it.”

While some at the workshop were skeptical about the relevance of Disney propaganda films, historian Carson maintains that debate over nuclear power will only benefit from the inclusion of humanistic and historical investigations. At the center of these discussions, she adds, are public perceptions of important scientific developments, the way they shape policy debates and even how public opinion informs the research agendas of scientists.

“Nuclear power emerged out of the Cold War and the weapons complex,” Carson says. “It was a government project. Today’s discussion tends to ignore that, but as a historian you absolutely have to talk about it. It was fascinating during the workshop to see policy experts making the connection. The terms of our current discussion were laid down in the 1950s, and whether we’re for or against nuclear power, we’re still dealing with the consequences.”

The workshop was the inaugural event for Berkeley’s new Center for Science, Technology, Medicine and Society. Bringing together three separate research units, the new interdisciplinary program is a resource for scholars across the social and natural sciences and the humanities. The Center aims to support interdisciplinary research by creating venues for collaboration and disseminating research findings.

Carson, who is associated with one of the research units taken in by the new center, spent the 2006-07 academic year in Berkeley’s nuclear engineering department as part of her research in science and technology studies. If it weren’t for Berkeley’s receptivity to interdisciplinary scholarship, she says, the groundbreaking December workshop would not have taken place. The new Center, located in Stephens Hall, is meant to serve as a space where people can engage across the scientific and humanistic landscape to discuss exigent scientific questions at the frontiers of research and of public interest.