The increasingly couples-focused public-health policy for AIDS prevention in sub-Saharan Africa underestimates the role that cheating spouses play in transmitting the virus, according to a new study from the University of California, Berkeley. 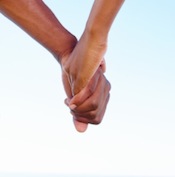 While cheating spouses are a known avenue for HIV transmission, the proportion of new infections due to extramarital sex has been hotly debated. Previous research relying on survey data concluded that extramarital transmission currently plays a small role in the HIV pandemic compared to transmission within couples where one partner is infected with HIV and the other is not — called sero-discordant couples. So far, countries across Africa have chosen to adopt the new World Health Organization-recommended strategy to target sero-discorcordant couples, treating infected partners before they are even sick to protect their uninfected partner.

However, a new study led by UC Berkeley researchers found that transmission rates through extra-couple relationships are in fact much higher than previous estimates indicated. The study was published in the February 4 early-online edition of The Lancet.

“Our results suggest that extra-couple transmission has been and continues to be a relatively common contributor to new HIV infections,” said Steve Bellan, who led the study while working on his Ph.D. in environmental science, policy and management at Berkeley and is now a postdoctoral researcher at the University of Texas at Austin. “We estimate that, of new HIV infections within stable, cohabiting couples, approximately half of the cases in men and one third of the cases in women are due to extra-couple transmission.” Results vary widely between individual countries, he adds.

“Data comes from surveys, and you have to ask people rather sensitive questions and they are not necessarily going to answer accurately. 'What age are your partners? How many partners do you have?' It’s very complicated and very difficult to get accurate data,” said Wayne Getz, a professor of quantitative population biology and disease ecology at UC Berkeley, and one of the co-authors of the study.

“Our model disentangled routes of transmission using only information on how long partners had been sexually active before entering their current relationship, how long they have been in the current relationship, the timing of these periods in relation to country-wide HIV prevalence trends, and whether partners were HIV-positive when surveyed,” said Bellan.

Researchers used these data from over 27,000 couples in 18 African countries to assess the proportion of new infections caused by extramarital compared to marital transmission.

Highly detailed models have been employed before to glean information about relationships and understand the spread of AIDS in a particular country or in a particular locale, such as the interaction of goldmine workers outside Johannesburg and sex workers in the city. But, Getz said, this is the first model of this level of complexity -- including measuring six different methods of transmission -- to go across multiple countries.

“We’ve done a comparative analysis and despite regional variations, we can make a robust statement that this is a widespread phenomenon and not particular to just one country,” Getz said.

Who is infecting whom? Within couples, they found that more often, men were transmitting the virus to women, though they found both directions to be frequent. Their research also confirmed the finding of other studies that women appear to be at “exceptionally high risk” to infection prior to their first stable, cohabiting relationship.

“Our goal was to quantify the amount of transmission that occurs through various routes, and increase the amount of specific information available to policy makers deciding how to allocate resources to various prevention strategies,” said Jonathan Dushoff, assistant professor of biology at McMaster University and senior author of the study.

The researchers urge that HIV policy and interventions in Africa need expand their focus from couples only and instead look at the population as a whole.

“Policies should reach out to all sexually active individuals,” said Bellan. “Inventions that do not target all routes of transmission are unlikely to have major effects on population-wide HIV trends.”

Effective approaches could include broad-based efforts such as public service messages encouraging regular testing for all sexual active adults, subsequent provision of treatment to all those testing HIV-positive, and generally increasing the availability of clinics that conduct testing, counseling, and treatment.