As need for care grows, women fill the gap 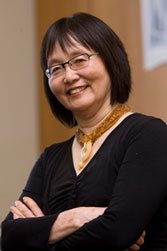 Four years ago, a woman who had spent over two decades working as a caregiver for elderly people took on the federal government, demanding that the Fair Labor Standards Act require overtime pay for home care workers like herself.

Evelyn Coke lost her bid, but the issues at the heart of her suit, are as relevant today as ever, according to Ethnic Studies Professor Evelyn Glenn.

“In Ms. Coke’s case, the interests of the care receiver took precedence over those of the care giver,” Glenn says. “The basic message of the court: We can’t afford justice here.”

Even as the number of people needing care swells, the ranks of traditional family caregivers are steadily shrinking. Who will absorb the cost and impact of care, in light of this growing gap?

Women, writes Glenn. In many families women are duty-bound to provide care for elders and children based on their status as mothers, wives or daughters.   Currently, the health care system has been cutting costs by restricting hospital stays so that patients are released “quicker and sicker.”  Family caregivers may be burdened not only with providing intensive nursing care, but also with responsibility for administering  highly technical medical procedures, such as chemotherapy and monitoring heart and lung functions.

Glenn, who directs Berkeley’s Center for Race and Gender, asserts that care is a system of  “gendered and racialized servitude,” in which white middle- and upper- class people command the services of immigrant women and women of color.

In her most recent book, Forced to Care: Coercion and Caring in America (Harvard University Press, 2010), Glenn unravels the assumptions at the heart of American expectations about who cares for whom and the rights of caregivers. She provides a legal, sociological and historical analysis of the way we assign care, for the very young, the very old and the ill. Our systems, she writes, are rooted in “diverse forms of coercion,” which are historically tracked along gender, racial and class lines.

Glenn describes early 20th century training and education for immigrant, Native American, and incarcerated women as directed toward teaching “American”  domestic and caregiving skills. Part of learning to be an American, her book claims, was learning Anglo standards of hygiene and cookery.  “These programs prepared young Mexican and Native American women for domestic service in Anglo homes,” says Glenn.

While privileged groups of people expect underprivileged people to care for them, the care that is provided is bound in a twisted legal and economic logic that both undervalues the care itself while at the same time sentimentalizing it.

“There is a sense that care that is done in the home represents a kind of altruism, that care workers do it out of the goodness of their hearts,” Glenn says. “There is also an assumption that those who need care are entitled to it, that their entitlement is more valued than the workers’ rights.”

As a home care worker, Evelyn Coke sometimes worked three consecutive 24-hour shifts caring for elderly people in their homes. In her suit she sued to reverse Department of Labor regulations that exempt home care workers from overtime and minimum wage protections. The U.S. Supreme Court unanimously rejected her claim.

“As long as our legal system treats care workers unequally and unfairly we will always consign these jobs to workers who lack other choices, namely recent immigrants and women of color.”   For the system of care in our society to change, “responsibility for care must be viewed as a societal-wide responsibility so that those who provide caregiving are provided adequate support, remuneration, whether in the form of government stipends or pay, and safety and other worker protections.”