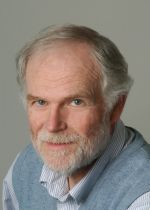 Electrical Engineering and Computer Science Professor Emeritus Michael A. Lieberman has won the AVS Plazma Prize. The Plasma Science & Technology Division (PSTD) of AVS (formerly the American Vacuum Society) awards its annual Plasma Prize for outstanding scientific and technical contributions to the fields of plasma science and technology. Prof. Lieberman was recognized for “his foundational contributions to the field of low temperature plasmas and plasma processing.” The award consists of a certificate, cash prize, and an honorary lecture to be given at an AVS International Symposium.