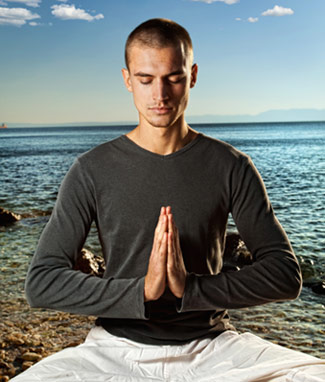 The body is a dancer’s instrument, but is it attuned to the mind? A new study from the University of California, Berkeley, suggests that professional ballet and modern dancers are not as emotionally in sync with their bodies as are people who regularly practice meditation.

UC Berkeley researchers tracked how closely the emotions of seasoned meditators and professional dancers followed bodily changes such as breathing and heart rates.

They found that dancers who devote enormous time and effort to developing awareness of and precise control over their muscles – a theme coincidentally raised in the new ballet movie “Black Swan” – do not have a stronger mind-body connection than do most other people.

By contrast, veteran practitioners of Vipassana or mindfulness meditation – a technique focused on observing breathing, heartbeat, thoughts and feelings without judgment – showed the closest mind-body bond, according to the study recently published in the journal Emotion.

“We all talk about our emotions as if they are intimately connected to our bodies – such as the ‘heartache of sadness’ and ‘bursting a blood vessel’ in anger,” said Robert Levenson, a UC Berkeley psychology professor and senior author of the study. “We sought to precisely measure how close that connection was, and found it was stronger for meditators.”

The results offer new clues in the mystery of the mind-body connection. Previous studies have linked the dissociation of mind and body to various medical and psychiatric diseases.

“Ever have the experience of getting home from work and realizing you have a blistering headache?” said Jocelyn Sze, a doctoral student in clinical science at UC Berkeley and the lead author of the study. “The headache probably built up throughout the day, but you might have been intentionally ignoring it and convincing yourself that you felt fine so that you could get through the demands of the day.”

Increasingly, mindfulness meditation is being used to treat physical and psychological problems, researchers point out. “We believe that some of these health benefits derive from meditation’s capacity to increase the association between mind and body in emotion,” Levenson said.

For the experiment, the researchers recruited volunteers from meditation and dance centers around the San Francisco Bay Area and via Craigslist. The study sample consisted of 21 dancers with at least two years of training in modern dance or ballet and 21 seasoned meditators with at least two years of Vipassana practice. A third “control group” was made up of 21 moderately active adults with no training in dance, meditation, Pilates or professional sports.

Participants, who ranged in age from 18 to 40, were wired with electrodes to measure their bodily responses while they watched emotionally charged scenes from movies and used a rating dial to indicate how they were feeling.

Although all participants reported similar emotional reactions to the film clips, meditators showed stronger correlations between the emotions they reported feeling and the speed of their heartbeats. Surprisingly, the differences between dancers and the control group were minimal.

Researchers theorize that dancers learn to shift focus between time, music, space, and muscles and achieve heightened awareness of their muscle tone, body alignment and posture.

“These are all very helpful for becoming a better dancer, but they do not tighten the links between mind and body in emotion,” Levenson said.

By contrast, meditators practice attending to “visceral” body sensations, which makes them more attuned to internal organs such as the heart. “These types of visceral sensations are a primary focus of Vipassana meditation, which is typically done sitting still and paying attention to internal sensations,” Sze said.

The study was published in the December 2010 issue of Emotion. In addition to Sze and Levenson, coauthors are UC Berkeley psychologists Joyce W. Yuan and Anett Gyurak, who is currently a postdoctoral fellow at Stanford University.