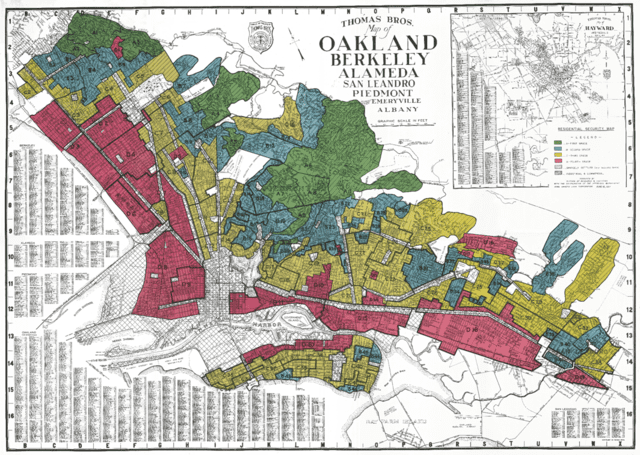 Redlining had previously been linked to asthma and preterm birth

Cardiovascular disease is the leading cause of death in the United States, as well as a significant source of racial health disparity.

But despite a recent call to action by the American Heart Association—which acknowledged structural racism as a major driver of racial/ethnic inequities in the risk for cardiovascular disease—empirical evidence, especially in relation to historical measures, has remained limited.

“Redlining” refers to the process of color-coding areas red if they included high concentrations of Black, immigrant, and working-class residents, deeming these areas hazardous and excessively risky for investment. Historically redlined areas have been cumulatively affected by a low prevalence of home ownership, uneven economic development, displacement of residents, community disintegration, and lack of access to education and economic opportunities, according to the study.

Redlining has previously been linked to asthma and preterm birth, but it has not been clear whether this racist policy is also associated with a higher risk for cardiovascular disease – the leading cause of death in the United States. To address this question, Mahasin Mujahid and colleagues analyzed data from a multi-ethnic sample of 4,779 middle-aged and older adults residing in 949 neighborhoods across six sites in the nation.

“This study found that living in historically redlined neighborhoods was associated with worse present-day cardiovascular health among Black participants, but not other racial or ethnic groups,” said Mujahid. “For these Black participants, living in a neighborhood with a higher quality social environment weakened this association, but didn’t completely eliminate it.”

According to the authors, the results suggest that historical redlining has had a lingering impact on the cardiovascular health of Black Americans, similar to other manifestations of structural racism such as slavery.

“This study is groundbreaking because it demonstrates empirically with rigorous statistical methods that the history of racism (redlining) in the US is still relevant for Black Americans’ heart health today,” said Mujahid. “This may seem counterintuitive to those who believe that heart health is primarily determined by one’s own lifestyle choices (like eating healthy foods and not smoking).”

The authors hope that their results will lead to policy change. “Our findings will lead to more studies showing the impact of other discriminatory policies on present-day health and help inform how to address these enduring health inequities, not just through lifestyle choices, but through well-funded community-centered programs and policies,” said Mujahid.

“I’m hopeful that members of the public and policymakers see our findings as evidence that policies matter,” said Mujahid. “When we aren’t intentional about prioritizing the health of communities and neighborhoods that are typically left out of development conversations or are chronically underfunded and overlooked, that has really harmful intergenerational effects. This is part of the story to explain today’s persistent racial and ethnic health disparities, which have only gotten worse with the COVID-19 pandemic. We have to change our public health approach in order to stop repeating these unjust patterns. Changing our understanding of the root of the issue is one way to begin.”

Read the full paper at PNAS.