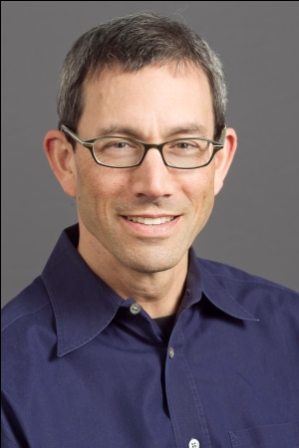 Krishna K. Niyogi is one of only 15 scientists nationwide to be chosen for an extensive new program that is part of an intitiative to boost much-needed funding for fundamental plant research.

Niyogi, a professor in Plant & Microbial Biology in the College of Natural Resources at UC Berkeley, has spent two decades studying photosynthesis. He has made fundamental discoveries that help scientists understand the strategies plant use to adapt to their environment. The new grant is a joint effort of the Howard Hughes Medical Institute and the Gordon and Betty Moore Foundation.

The program will allow Niyogi and other researchers -- recognized as the preeminent plant scientists in the nation -- to receive the flexible support necessary to move their research in creative new directions.

"Being selected was a big surprise for me and a tremendous honor for the lab," said Niyogi, who was one of only 15 researchers chosen from an applicant pool of 239. "This funding will enable us to take on some high-risk, high-reward projects.  I'd like to build on our fundamental work on photosynthesis and photoprotection to increase the efficiency of photosynthesis to help meet the world’s needs for food and fuel." 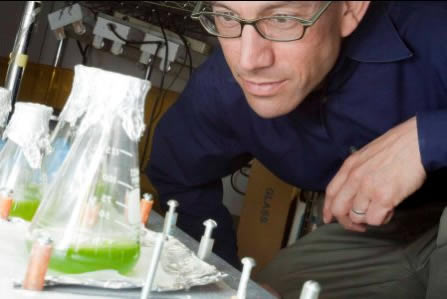 The special program was created because of the concern that basic plant research has long been underfunded in the United States. The Institute and Foundation are investing a combined total of $75 million in the new plant science research program over the next five years.

Both organizations say the investment is critical. According to the United Nations, today’s global population of nearly 7 billion people is expected to jump by 3 billion by 2050 – and one billion people are already suffering from lack of nutrition. The demand for energy is rising, even as the long-term consequences of using fossil fuels become more apparent, thus increasing pressure on agriculture to grow fuel as well as food.

Too little light and plants can’t harvest enough energy to grow and reproduce. Too much and the machinery that powers photosynthesis goes into overdrive, releasing damaging, even lethal, by-products. That plants cover so much of the planet is testament to the coping mechanisms—studied by Niyogi for over a decade—that allow plants to thrive when their supply of sunlight is unsteady.

Niyogi first became interested in photosynthesis as a postdoc at the Carnegie Institution because there were so many unknowns: “There was room to make fundamental discoveries,” he says. 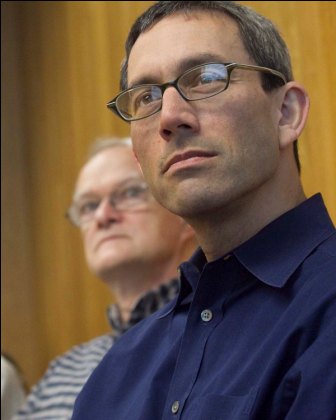 And he has. Niyogi’s lab at UC Berkeley has elucidated the trade-offs plants make during photosynthesis by studying an alga and a flowering plant so distantly related that their last common ancestor lived hundreds of millions of years ago.

The amount of light in natural environments varies widely, on a timescale ranging from seconds to seasons. During photosynthesis, plants and green algae absorb light in the form of photons and, through a complex series of energy and electron transfers between molecules, use the light energy to convert carbon dioxide to sugars.

Despite these defenses, many plants absorb more light than they can use, and Niyogi’s work has focused on one of their main lines of defense, a process known as nonphotochemical quenching (NPQ).

Like a safety valve on a steam engine, NPQ relieves plants of the burden of excess energy from light by releasing it as heat. NPQ was first described more than 20 years ago, but the mechanisms underlying it were poorly understood before Niyogi’s team used genetics to hone in on the problem. A full understanding of NPQ could help scientists improve it to develop more efficient biofuels and food crops that grow in a wider range of environments.

Niyogi’s lab has looked at NPQ in the flowering plant Arabidopsis and the green alga Chlamydomonas. While the mechanisms are similar, these species use different proteins to accomplish the task. Studying both model organisms has offered Niyogi a fuller picture of what’s possible in the natural world, since plants in different environments have evolved different strategies to make the best use of the conditions around them. Chlamydomonas, for example, can survive in darkness if given the right nutrients, so mutants with an impaired ability to photosynthesize can survive long enough to be studied.

His group bred thousands of plants and looked for genetic mutations that appeared to affect photosynthesis. The scientists painstakingly probed for anomalies in how the plants coped with too much or too little light and ultimately identified the first known mutants relevant to NPQ in both species. “That creative process for thinking of new genetic screens for mutants is one of the most exciting things in science,” Niyogi says. “It’s thrilling when it works.”

The mutants he isolated allowed Niyogi to define key molecules—the yellow pigments zeaxanthin and lutein—involved in NPQ. In a collaboration with physical chemist Graham Fleming, also at UC Berkeley, Niyogi explained the chemistry by which zeaxanthin facilitates the release of heat. Their work uncovering this mechanism was so elegant that it is now commonly found in plant biochemistry textbooks.

In a later paper, considered one of the most important contributions to understanding the regulation of photosynthesis in the past 20 years, Niyogi reported that Arabidopsis uses a protein called PsbS to detect, indirectly, when excess light is present and turn NPQ on or off accordingly. In a parallel discovery, Niyogi more recently showed that a protein called LHCSR plays a similar role in the green alga Chlamydomonas.

Niyogi plans to build on this work by asking how the various self-protective mechanisms in plants could be artificially improved and by developing mutants that switch NPQ on or off more quickly and others with improved capacity for photosynthesis in heavy sunlight. “I’d like to use some of the tools we’ve developed, having mutants with different enzymes as starting points. These are unproven ideas, so we don’t know if they will work or not,” says Niyogi, who has a joint appointment at the Department of Energy’s Lawrence Berkeley National Laboratory. But the payoff could be big if they do, given humanity’s ever-growing demands for food and fuel.

Krishna K. Niyogi is a Professor in the Department of Plant and Microbial Biology at the University of California, Berkeley, and a faculty scientist in the Physical Biosciences Division at Lawrence Berkeley National Laboratory. He received his B.A. in biology from The Johns Hopkins University and his Ph.D. in biology from the Massachusetts Institute of Technology. Niyogi received the Charles Albert Shull Award from the American Society of Plant Biologist and a Presidential Early Career Award for Scientists and Engineers. In 2011, he served as chair of the Gordon Research Conference on Photosynthesis.