Kids are smarter than adults when solving certain problems 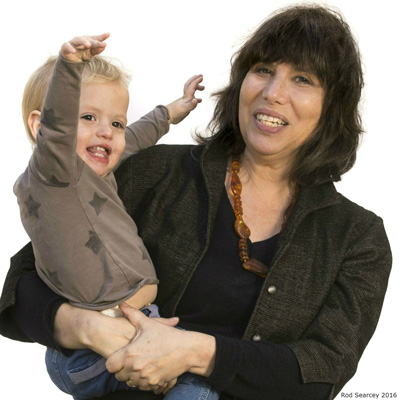 Still depending on your kids to figure out why your smartphone’s acting weird? As a rule, children are wired to explore, experiment and get results through trial and error – usually more quickly than grownups. But why?

That and similar questions will be covered Tuesday, March 19, by UC Berkeley developmental psychologist Alison Gopnik, who is presenting one of the two talks at this year’s Martin Meyerson Faculty Research Lectures, a 106-year-old campus tradition.

Gopnik is the author of such best-selling books as The Scientist in the Crib, The Philosophical Baby and The Gardener and the Carpenter. Her lecture, “Life History and Learning: When (and Why) Children Are Better Learners than Both Adults and A.I,” will be held at International House.

Also presenting for the faculty research lecture series will be Jill Banfield, Berkeley professor of earth and planetary sciences and of environmental sciences, policy and management. On April 30, she will discuss “Mysteries of the Invisible World of Microbes” at Sibley Auditorium at the Bechtel Engineering Center.

Both events are free and open to the public and run from 4-5 p.m.

Here’s a sneak preview of what Gopnik has to say about what makes kids better learners than adults:

What makes children smarter at figuring out how things work?

Children are devoted to learning about the world, instead of just focusing on getting things accomplished. They explore the actual world and pretend worlds and imagine crazy things. What we’ve found in our research is that this kind of exploration makes kids better than adults at finding unlikely solutions to a problem.

Can you give an example of how kids think outside the box?

My grandson Augie was chatting with his grandfather when his grandfather told him, “I wish I could be a kid again.” Augie thought for a while and then said, “Maybe you could try not eating any broccoli or green beans or healthy vegetables, and then you could go back to being small.”

This isn’t a hypothesis any grown-up would come up with, but, of course, it makes sense to a child — healthy vegetables turn kids into big strong adults, so their absence might have the opposite effect.

Can adults learn to become more playful, or is there no hope for us?

We think that maybe putting adults in the same context as children, in a safe, nurturant space where they can explore freely without worrying about the consequences, might have the same effect. Of course, that’s the idea behind universities, at least in principle, if not in practice.

Kids today are exposed to so much technology. Does that make a difference in how they learn?

I think children of every generation master the tools that will be relevant to them as they grow up. My grandchildren already effortlessly understand the basic principles behind a smartphone or computer. But they are also devoted to books. The basic principles of learning are the same.

What can kids achieve that computers and artificial intelligence (AI) cannot?

Current computers can master really difficult tasks, if they have a great deal of information and a lot of supervision, but they have a lot of trouble generalizing and solving unfamiliar problems. Kids can make wide-ranging generalizations from just a few pieces of data.

How are you and your team using kids’ smarts to improve machine learning?

In one project, we are collaborating with a team in electrical engineering and computer sciences at UC Berkeley to see if we can design a system that shows the same kind of spontaneous curiosity we see in children. We’re also testing both 4-year-olds and AI on the same kinds of tasks.

You grew up in a highly accomplished literary family. Your brother Blake is an art critic, and your brother Adam writes for The New Yorker. How has that shaped your interest in child development?

I was the oldest of six children in a family of talkers and thinkers, and that combination certainly shaped my lifelong admiration for children.