California voters oppose an effort to abolish the death penalty and strongly support a competing measure that would streamline procedures in capital cases, according to a new poll released today by the Institute of Governmental Studies at UC Berkeley.

Respondents opposed the abolition measure 55.1 percent to 44.9 percent, while three out of four supported the streamlining proposition, the survey found. Since the two measures on California’s Nov. 8 ballot conflict, if both should pass, the measure receiving more votes would take effect. 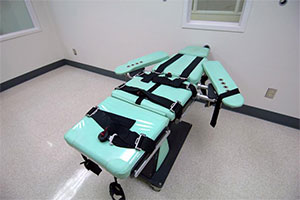 The poll used online English-language questionnaires to survey respondents from June 29 to July 18. All respondents were registered California voters, and the responses were weighted to reflect the statewide distribution of the California population by gender, race/ethnicity, education and age. The sample size for the questions on the two death penalty initiatives was 1,506 respondents for one question and 1,512 for the other.

A stark partisan difference emerged on Proposition 62, which would abolish capital punishment and replace it with a sentence of life without the possibility of parole. Democrats supported the measure, 55.1 percent to 44.9 percent. Republicans overwhelmingly opposed it, 70.2 percent to 29.8 percent. Independents were also opposed, by 60.6 percent to 39.4 percent.

By contrast, there was support across partisan lines for Proposition 66, which would streamline procedures in capital cases to speed up the resolution of those cases. Even among Democrats there was strong support (69.7 percent) for the measure, and support was even higher among independents (81.1 percent) and Republicans (85 percent).

A majority (60 percent) of African Americans favored abolishing the death penalty, but among all other ethnic groups, most respondents opposed that proposal. Support for the death penalty was stronger among older people.

Interestingly, religious differences were reflected in views about abolishing the death penalty, but mostly that difference was related to whether the respondent was or was not religious, rather than to differences among various religious denominations. Among all religious groups there was majority opposition to eliminating the death penalty; only among the self-identified atheists and agnostics did most voters support abolition of capital punishment.

Full poll results may be viewed on the IGS website at igs.berkeley.edu.