How reforms could target police racism and brutality — and build trust

In the turbulent days since the police killing of George Floyd in Minnesota, Jack Glaser has been following the storm of protests, including dozens of incidents in which police appeared to escalate conflicts, use excessive force and target journalists. Like millions of others in the United States and worldwide, he is alarmed by what he’s seen.

Glaser, however, is watching through a different lens. He is a UC Berkeley social psychologist and an expert in police practices, and where some might see a stark conflict between police and protesters, he sees a more complex dynamic: The devastating history of American racism and the biases that all people carry. Police officers’ difficult and dangerous work. And a political system that is inconsistent, at best, in its approach to police reform. 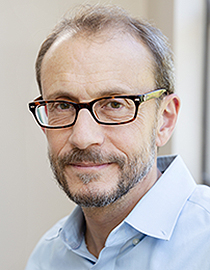 “I wouldn’t infer that there’s anything particularly unusual happening now,” he said. “Black Americans have been encountering this for centuries. It is a steady-state problem. … The main difference we’re seeing now is that the capacity to video record these incidents is widespread. But it’s no surprise to the black community — they have known it’s been happening.”

In a wide-ranging interview, Glaser said racial prejudice remains deeply rooted in many of the nation’s 18,000 police agencies — a toxic legacy that can only be resolved through strong policy applied across many years. But he sees an emerging generation of innovative police leaders and a variety of promising efforts to improve U.S. law enforcement — perhaps including a shift of some police funding to other social services.

Glaser is a professor in the Goldman School of Public Policy at Berkeley, an expert in implicit bias among police and author of Suspect Race: Causes and Consequences of Racial Profiling (Oxford University Press, 2014). He is working with the Center for Policing Equity to build a database that tracks police stops and incidents where officers use force, and he has consulted with police departments in the Bay Area and elsewhere in California to assess and improve practices.

‘There’s no turning away’

Police violence against black men has been a persistent American tragedy. What makes the death of George Floyd such a tectonic shock was the seeming indifference of Minneapolis Police Officer Derek Chauvin and colleagues who were taking Floyd into custody, all while being filmed.

“Nine minutes of a police officer with his knee on the neck of a man who’s saying he can’t breathe,” Glaser said. “This man is being held down by two other officers, so there’s not even a concern about flight. We can all see him die in slow motion. There’s no turning away from that.”

And yet, Chauvin and other police officers who kill or brutalize are the exceptions, not the norm. Glaser expressed deep sympathy for the challenges of men and women in law enforcement. They’re human, and they’re complex. And society gives them conflicting messages: Should they be guardians? Or warriors?

Putting them into a volatile protest, or into a riot, is the ultimate stress test.

“They’re going into a situation where they think they might get hurt,” Glaser explained. “And there are very few people who are not afraid under those circumstances. … Some officers have told me that, in the first situation where they came under fire, they soiled themselves. It’s totally understandable.”

But in a moment of chaos and potential violence, fear can make some officers aggressive.

“One way people might cope with fear is to evoke some inner resolve, or even anger, and to use that to energize their response to a threat,” Glaser said. “Some officers have an intuitive sense that that’s not going to work out well, and so they resist it. Some officers just really go with it.

“The video from the officers clearing the protesters in D.C. a few days ago is a good example of that. These officers were probably told, ‘It’s imperative that you clear that corridor, so the president can walk in there.’ Maybe they took that to mean, ‘Do whatever you need to do.’ So, they’re being very forceful, very aggressive, bashing journalists with their shields. It wouldn’t seem to make sense at all, unless lives are on the line. All they were doing was putting lives at risk.”

The role of ‘implicit bias’ in police action

In circumstances that are chaotic and potentially dangerous, the moment when police engage with protesters is especially fraught, Glaser said. Clad with military body protection and armed with advanced weapons, they may see themselves more as warriors battling an enemy than as guardians protecting a community. They may become more aggressive.

An officer’s implicit biases might amp up that response. “We know that humans have automatic stereotypes that get activated about young people, males, about minorities that are going to cause them to interpret their behaviors as threatening,” Glaser explained. “So, if they see a young man of color wearing a mask walking toward them, that could be more threatening to them than a young white woman, or an older white woman.”

A different sort of bias may explain the restrained police response to recent protests by armed right-wing groups in Michigan, Kentucky and Ohio.

“We have to seriously consider the possibility that the passive police response to armed white protesters was due to racial preferences,” Glaser said. “At the very least, white police officers are going to be more likely to give white anti-government protesters the benefit of the doubt. The data on race and policing is too clear that black people are treated with greater suspicion, disrespect and physical force.”

Does the overarching political climate influence those responses? Glaser noted that President Donald Trump, over the course of three-plus years, has encouraged police to be aggressive.

“He’s calling the media the ‘enemy of people’ and retweeting videos where he’s beating up the figure of a person whose head is the CNN logo,” Glaser said. “Cops are disproportionately Republican and conservative. They probably watch more Fox News than the general public does. I think that contributes.”

A new generation rises in the ranks

Since at least the 1960s, the topic of police misconduct and brutality — often against people of color, LGBTQ people or protesters — has been a constant debate in American politics and policy.

Still, across those six decades, society has made only uneven progress, if that. In the past decade alone, police across the country have been found culpable in brutality, torture and killings, but often without penalty.

President Barack Obama recognized the need for reform, Glaser said, and his Task Force on 21st Century Policing introduced a number of initiatives to discourage police violence, including restrictions on the transfer of surplus military equipment to police. However, he said, the Trump administration has reversed many of those policies.

Still, Glaser is optimistic. He sees hopeful signals in a new generation of police chiefs — Art Acevedo in Houston, William Scott in San Francisco and Chris Magnus, formerly in Richmond, California, and now in Tucson — and in the leadership of the Major Cities Chiefs Association.

A common prescription for police misconduct is training to counter implicit bias, but Glaser sees no evidence that such training works.

Instead, he suggests that both the warrior and guardian models of policing be replaced by a model in which police see themselves as protectors of public safety. He advocates practical policies that departments can embrace to deter misconduct and build community trust, while recognizing the challenges of law enforcement. Hiring more women would be one valuable strategy, he said.

A rising protest movement is urging that police departments be “defunded,” and while Glaser called the concept “difficult,” he sees potential benefits.

“As far as I can tell, many people calling for that mean only to decrease police funding and to reallocate those funds to other social services,” he said. “If that is what is meant, that sounds prudent. Police leaders will tell you that their officers spend too much time doing things like dealing with mental health and domestic violence crises that they are not well-equipped to handle. Reallocation and restructuring of public safety funds could help.”

Such structural changes would take time. But today, Glaser said, in everyday policing, “there are all kinds of instructions that police supervisors can give that will make it easier for the officers to put their emotions aside and just do what they’re told.” Among them: Keep a distance from protesters. Speak in a calm voice. Don’t wear combat boots.

Under court order, New York City has dramatically reduced the number of discretionary stops made by police, which often targeted people of color. In Oakland, police are now prohibited from engaging in high-speed chases. San Francisco and Tucson have implemented all eight of the policies promoted by Campaign Zero’s Use of Force Project.

Glaser is further encouraged by the number of instances since the killing of Floyd in which police and law enforcement agencies all over the country have expressed support for those who are protesting such brutality.

“There was a very poignant video from Flint, Michigan,” he recalled. “The county sheriff, Chris Swanson, took off his helmet and put down his baton, and he asked the protesters, ‘What do you want from me?’ And they said, ‘Walk with us! Walk with us!’ And he did.

“Of course that, by itself, won’t solve many of the problems police have in their communities,” he said. “But it’s a good model for police in a time of conflict: Take a step back. Open up. Have a dialogue. If police departments could institutionalize these practices, it would build trust and really help them to reduce aggressive policing.”