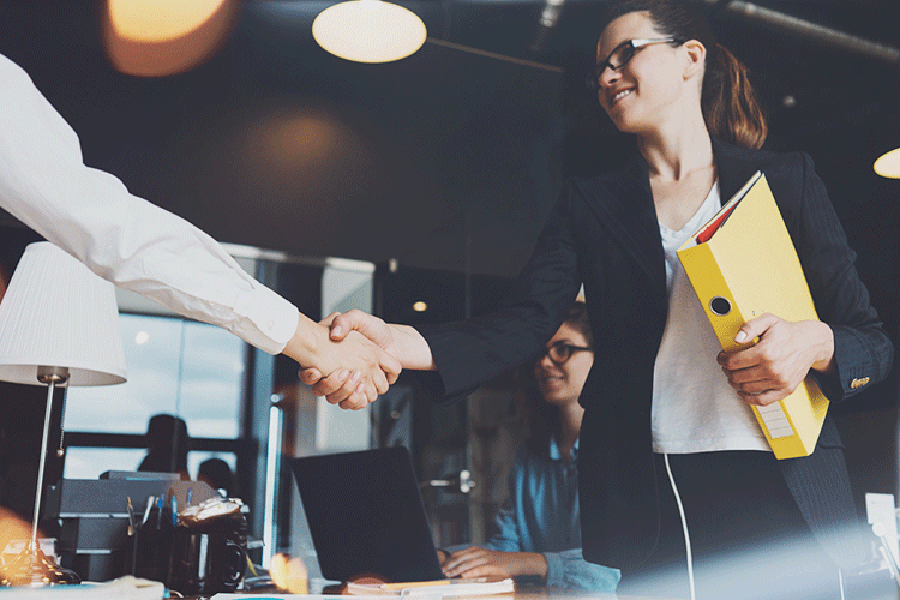 Like any ritual, a handshake may seem like a bizarre gesture when you really stop to consider it. “Why do we touch hands and move them up and down?” says Juliana Schroeder, an assistant professor at UC Berkeley’s Haas School of Business. “If you were an alien coming to earth and looking at what people do, you would think, ‘What is the purpose of this thing?’”

In new research set to be published in Journal of Personality and Social Psychology, Schroeder has found that the simple ritual has a profound effect: Shaking hands can improve the outcome of negotiations for both sides.

In the new study, participants were not prompted to shake hands, but researchers noticed that when partners decided of their accord to start their negotiations with a handshake, both ended up scoring more points overall.

But that doesn’t necessarily mean that shaking hands produced that outcome. “Maybe handshaking people are just nicer, more conscientious people who tend to be more cooperative,” Schroeder says. In order to test cause and effect, she and her colleagues set up a new negotiation over a job offer.

This time, some partners were encouraged to shake hands before negotiating, while others were urged to sit down right away — before they had the chance to shake. Once again, those who shook hands reached greater agreement and scored more points.

Schroeder believes the reason for the effect is psychological. “It changes the way you perceive not just the other person, but the way you frame the whole game,” she says. “You say to yourself, ‘Now we are in a cooperative setting rather than an antagonistic one.’”