Three UC Berkeley faculty are among this year’s 180 John Simon Guggenheim Memorial Foundation fellows. The prestigious awards recognize scholars with impressive achievements in fields ranging from the natural sciences to the creative arts.

Guggenheim fellowship winners receive one-time grants of varying amounts that allow recipients the time and creative freedom to complete their research, books or other projects. The program was established in 1925 by U.S. Sen. Simon Guggenheim and his wife, Olga, in memory of their son John Simon Guggenheim, who died at age 17 in 1922.

“Now that the past two years are hopefully behind all of us, it is a special joy to celebrate the Guggenheim Foundation’s new class of Fellows,” Edward Hirsch, President of the Guggenheim Foundation said in a press release. “… Our long experience tells us what an impact these annual grants will have to change people’s lives. The work supported by the Foundation will aid in our collective effort to better understand the new world we’re in, where we’ve come from, and where we’re going.”

The 2022 fellows were announced Thursday (April 7). They were chosen from nearly 2,500 applicants in the United States and Canada and include nine scholars from five UC campuses.

Here are the three Berkeley winners:

Jodi Halpern is a professor of bioethics and humanities in the UC Berkeley-UCSF Joint Medical Program. Her work brings together psychiatry, philosophy, affective forecasting and decision science to understand how people imagine and influence their own and each other’s future health. She is the co-founder and co-lead of the Berkeley Group for the Ethics and Regulation of Innovative Technologies and is doing embedded research with scientists developing new technologies including gene editing. Halpern’s first book, From Detached Concern to Empathy: Humanizing Medical Practice was called a “seminal work” by leading medical journals and helped transform medical education.

“I am deeply grateful to Guggenheim for encouraging my current book project Remaking the Self in the Wake of Illness, which is about finding sources of emotional security in a time of radical uncertainty, individually and collectively,” Halpern said.

Osagie Obasogie is the Haas Distinguished Chair and Professor of Law at the University of California, Berkeley School of Law with a joint appointment in the UC Berkeley-UCSF Joint Medical Program. He is a leading expert on the impacts of race and inequity in law and medicine, and his scholarly interests include Constitutional law, policing and police use of force, bioethics, race and inequality in law and medicine, and reproductive and genetic technologies. Obasogie was elected to the National Academy of Medicine in 2021, and has received many other awards that recognize his scholarship and student mentorship.

“I am delighted to have this opportunity as a Guggenheim Fellow, which will support research that looks closely at the history of ‘excited delirium,’ and how this questionable psychiatric condition is often misused by medical professionals to obscure and excuse police violence,” Obasogie said. 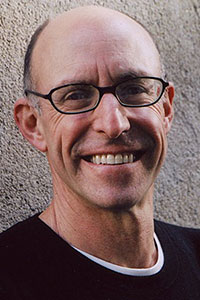 Michael Pollan, is a professor emeritus at the Graduate School of Journalism. He is an award-winning journalist who has for over 30 years researched topics where “the human and natural worlds intersect: on our plates, in our farms and gardens, and in our minds,” and is also a founding member of UC Berkeley’s Center for the Science of Psychedelics. Pollan has authored eight books, six of which have been New York Times bestsellers. He has won the California Book Award, the Northern California Book Award, the James Beard Award for best food writing, and was a finalist for the National Book Critics Circle Award. His latest book, This is your mind on plants, explores our relationship to mind-altering plants.

“I am thrilled and surprised to win a Guggenheim,” Pollan said. “This fellowship will support a new book project about the quest to understand consciousness, a challenging subject that may well be beyond my capacity. So, the award comes as a welcome boost.”