In the first study of its kind, scientists at the Department of Energy’s Lawrence Berkeley National Laboratory (Berkeley Lab) quantitatively show that electric vehicles (EVs) will meet the daily travel needs of drivers longer than commonly assumed. Many drivers and much prior literature on the retirement of EV batteries have assumed that EV batteries will be retired after the battery has lost 20 percent of its energy storage or power delivery capability. This study shows that the daily travel needs of drivers continue to be met well beyond these levels of battery degradation.

Samveg Saxena, who leads a vehicle powertrain research program at Berkeley Lab, analyzed real-world driving patterns and found that batteries that have lost 20 percent of their originally rated energy storage capacity can still meet the daily travel needs of more than 85 percent of U.S. drivers. He and his research team also analyzed battery power fade and found that even after substantial loss in battery power capabilities performance requirements are still met. 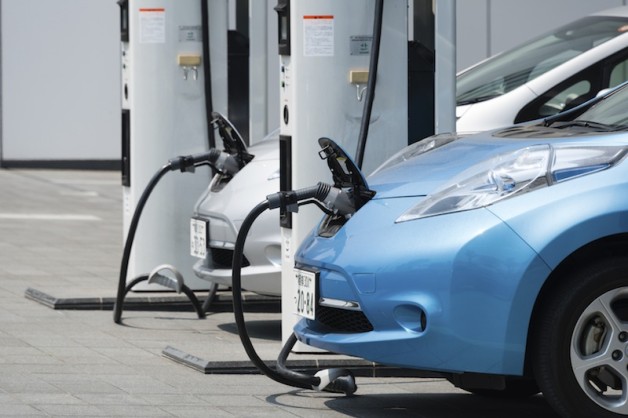 “There are two main reasons people are hesitant to buy an EV: first, they’re unsure it will satisfy their mobility needs, and second, they’re afraid the battery won’t last the whole life of the car and they’ll have to replace it for a lot of money,” said Saxena, who has a PhD in mechanical engineering. “We show that, even after substantial battery degradation, the daily travel needs of most people are still going to be met.”

The analysis of battery life was published online recently with open access in the Journal of Power Sources, “Quantifying EV battery end-of-life through analysis of travel needs with vehicle powertrain models,” which Saxena co-authored with Jason MacDonald of Berkeley Lab and Caroline Le Floch and Scott Moura of UC Berkeley.

With today’s EV batteries, “end of life” is commonly defined as when the storage capacity drops down to 70 to 80 percent of the original capacity. As capacity fades, the vehicle’s range decreases. The Berkeley Lab researchers decided to investigate the extent to which vehicles still meet the needs of drivers beyond this common battery retirement threshold.

To conduct the study, the researchers took nearly 160,000 actual driving itineraries from the National Household Travel Survey conducted by the Department of Transportation. These are 24-hour travel itineraries showing when a car was parked or driving, including both weekend and weekday usage by drivers across the United States.

The researchers then assumed all itineraries were driven using a vehicle with specifications similar to a Nissan Leaf, which has about 24 kilowatt-hours of energy storage capacity, similar to many other EVs on the market, and 400 kW of discharge power capability, which was based on battery cell-level measurement data for the chosen vehicle.

This data was fed into the team’s unique simulation tool, V2G-Sim, or Vehicle-to-Grid Simulator. Developed by Saxena and other Berkeley Lab researchers, V2G-Sim quantifies second-by-second energy use while driving or charging for any number of different vehicle or charger types under varying driving conditions.

Then for each of the itineraries, they changed different variables, including not only the battery’s energy storage capacity, but also when the car was charged (for example, level 1 charger [standard 120V outlet] at home only, level 1 charger at home and work, level 2 charger [240V outlet] at home and level 1 charger at work, and so on), whether it was city or highway driving, whether the air conditioner was on, and whether the car was being driven uphill. More than 13 million individual daily state-of-charge profiles were computed.

“People have commonly thought, ‘if I buy an EV, I’ll have to replace the battery in a few years because I’ll lose the ability to satisfy my driving needs, and it’s not worth it,’” Saxena said. “We have found that only a small fraction of drivers will no longer be able to meet their daily driving needs after having lost 20 percent of their battery’s energy storage capabilities. It is important to remember that the vast majority of people don’t drive more than 40 miles per day on most days, and so they have plenty of reserve available to accommodate their normal daily trips even if they lose substantial amounts of battery capacity due to degradation.”

As the battery continues to degrade down to 50 percent of its original energy storage capacity, the research found that the daily travel needs of more than 80 percent of U.S. drivers can still be met, and at 30 percent capacity, 55 percent of drivers still have their daily needs met. “Even if a driver has a long, unexpected trip beyond the normal daily travel, an EV battery with substantial capacity fade can often still make the trip,” Saxena said.

The Berkeley Lab scientists also analyzed power capacity fade, or the declining ability of the battery to deliver power, such as when accelerating on a freeway onramp, as it ages. They modeled the impact of power fade on a vehicle’s ability to accelerate as well as to climb steep hills and complete other drive cycles. They found that power fade for the chosen vehicle does not have a significant impact on an EV’s performance, and that a battery’s retirement will be driven by energy capacity fade rather than by power fade.

“In fact, our analysis showed that the battery pack we studied, the Nissan Leaf, has a large margin of extra power capability,” Saxena said. “Energy capacity fade is really the limiting factor for this vehicle, not power fade.”

The researchers thus conclude that “range anxiety may be an over-stated concern” since EVs can meet the daily travel needs of more than 85 percent of U.S. drivers even after losing 20 percent of their originally rated battery capacity. They also conclude that batteries can “satisfy daily mobility requirements for the full lifetime of an electric vehicle.”

Given these results, the authors propose that an EV battery’s actual retirement may be delayed to when it can no longer meet the daily travel needs of a driver, leading many EV batteries to have a longer lifetime than is commonly assumed. Future work will involve providing personalized EV information for drivers, which takes into account an individual’s driving behavior.

“In sum, we can lose a lot of storage and power capability in a vehicle like a Leaf and still meet the needs of drivers,” Saxena said.

This research was funded through the Laboratory Directed Research and Development (LDRD) program at Berkeley Lab. V2G-Sim is available for licensing through Berkeley Lab’s Innovation and Partnerships Office.

Lawrence Berkeley National Laboratory addresses the world’s most urgent scientific challenges by advancing sustainable energy, protecting human health, creating new materials, and revealing the origin and fate of the universe. Founded in 1931, Berkeley Lab’s scientific expertise has been recognized with 13 Nobel prizes. The University of California manages Berkeley Lab for the U.S. Department of Energy’s Office of Science. For more, visit www.lbl.gov.

DOE’s Office of Science is the single largest supporter of basic research in the physical sciences in the United States, and is working to address some of the most pressing challenges of our time. For more information, please visit science.energy.gov.