A new report released today (Wednesday, Oct. 24), national Food Day 2012, says that a proposal pending in Congress to raise the minimum wage would increase retail food prices for American consumers by at most 10 cents a day, while helping nearly 8 million food workers and 21 million workers in other industries.

The report from the recently established Food Labor Research Center, based at the UC Berkeley’s Center for Labor Research and Education, along with the Food Chain Workers Alliance and the Restaurant Opportunities Centers (ROC United) looks at the proposed “Fair Minimum Wage Act of 2012.” The act would represent the first increase in the non-tipped minimum wage in five years and the first in 21 years for tipped workers, who because they make $30 or more in tips a month, can be paid less than other workers.

“Food workers are some of the lowest-paid workers in America, and they face much higher levels of food insecurity than the rest of the U.S. workforce,” said Saru Jayaraman, director of the Food Labor Research Center. “Our report shows that raising the minimum wage would help them put food on the table while barely, if at all, impacting everyone else’s ability to put food on their tables, too.”

The report, “A Dime a Day: The Impact of the Miller/Harkin Minimum Wage Proposal on the Price of Food,” is authored by Jayaraman and Chris Benner, an associate professor of community and regional development at UC Davis. Jayaraman also is the co-founder and co-director of ROC-United.

The country’s food system is the largest employer of minimum-wage workers, who hold positions ranging from agricultural field hands and food-processing-plant workers to cooks in diners and waiters in high-end restaurants.

“Raising the minimum wage at its core is about respecting and valuing work,” said Rep. Miller. “No one who works hard every day and plays by the rules should live in poverty. It’s also good economic policy. Giving minimum-wage workers a raise will help millions of working families make ends meet and help grow the economy.”

Jayaraman and Benner said that even if employers passed along 100 percent of the wage increase to consumers:

The average U.S. household spends $3,827 a year on food eaten at home and another $2,634 on food eaten out. In real numbers, the researchers say, the price of a $20 restaurant meal would increase 45 cents over three years, and grocery bills would rise less than 3 cents per day. Conversely, non-tipped wages would increase by 33 percent, and tipped workers would see more than a 100 percent wage increase. Together, over the three years the law would need to fully take effect, these increases would translate into a cost of at most 10 cents more per day, on average, for American households. 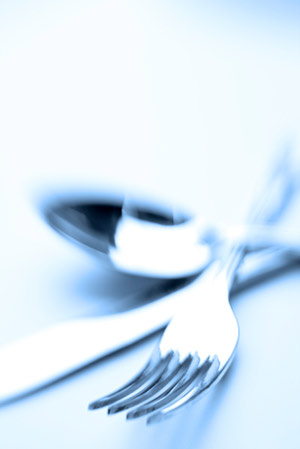 According to the Economic Policy Institute, passage of the Miller/Harkin legislation would add $40 billion to the economy through higher wages, while adding 100,000 net jobs and increasing the Gross Domestic Product by roughly $25 billion.“We rely on food system workers to bring our food to our tables – workers on farms and in food processing plants, warehouses, grocery stores, and restaurant and food service establishments,” said Joann Lo, executive director of the Food Chain Workers Alliance. “It’s a sad irony that food-system workers rely on food stamps at one-and-a-half times the rate of the general workforce. Raising the minimum wage can help lift food workers, and workers in other industries, out of poverty.”