What drives addicts to repeatedly choose drugs, alcohol, cigarettes, overeating, gambling or kleptomania, despite the risks involved? Neuroscientists at the University of California, Berkeley, have pinpointed the exact locations in the brain where calculations are made that can result in addictive and compulsive behavior.

UC Berkeley researchers have found how neural activity in the brain’s orbitofrontal and anterior cingulate cortex regulates our choices. These astonishing new findings could pave the way for more targeted treatments for everything from drug and alcohol abuse to obsessive-compulsive disorders. 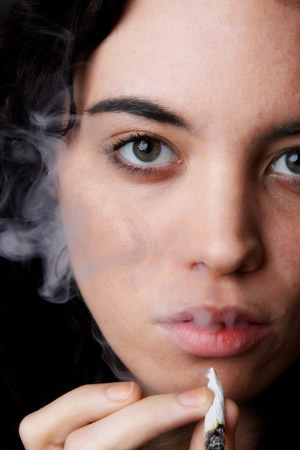 ‘The better we understand our decision-making brain circuitry, the better we can target treatment, whether it’s pharmaceutical, behavioral or deep brain stimulation,” said Jonathan Wallis, associate professor of psychology and neuroscience at UC Berkeley and the principal investigator of the study published in the Oct. 30 online issue of the journal Nature Neuroscience.

Wallis was inspired to look into the brain mechanism behind substance abuse when he observed the lengths to which addicts will go to fulfill their cravings, despite the downside of their habit: He asked, “What has the drug done to their brains that makes it so difficult for them not to make that choice? What is preventing them from making the healthier choice?”

In the new study, he and fellow researchers targeted the orbitofrontal cortex and anterior cingulate cortex –- two areas in the frontal brain — because previous research has shown that patients with damage to these areas of the brain are impaired in the choices they make. While these individuals may appear perfectly normal on the surface, they routinely make decisions that create chaos in their lives. A similar dynamic has been observed in chronic drug addicts, alcoholics and people with obsessive-compulsive tendencies.

“They get divorced, quit their jobs, lose their friends and lose all their money,” Wallis said. “All the decisions they make are bad ones.”

To test their hypothesis that these areas of the brain were the key players in impaired decision making, the UC Berkeley researchers measured the neural activity of macaque monkeys as they played games in which they identified the pictures most likely to deliver juice through a spout into their mouths.

The animals quickly learned which pictures would most frequently deliver the greatest amount of juice, enabling researchers to see what calculations they were making, and in which part of the brain. The brains of macaques function similarly to those of humans in basic decision making. The exercise was designed to see how the animals weigh costs, benefits and risks.

The results show that the orbitofrontal cortex regulates neural activity, depending on the value or “stakes” of a decision. This part of the brain enables you to switch easily between making important decisions, such as what school to attend or which job to take, and making trivial decisions such as coffee versus tea or burrito versus pizza.  However, in the case of addicts and people with damage to the orbitofrontal cortex, the neural activity does not change based on the gravity of the decision, presenting trouble when these individuals try to get their brains in gear to make sound choices, the findings suggest.

As for the anterior cingulate cortex, the study found that when this part of the brain functions normally, we learn quickly whether a decision we made matched our expectations. If we eat food that makes us sick, we do not eat it again. But in people with a malfunctioning anterior cingulate cortex, these signals are missing, and so they continue to make poor choices, Wallis said.

“This is the first study to pin down the calculations made by these two specific parts of the brain that underlie healthy decision-making,” Wallis said.

A clearer understanding of how people with addictions make decisions may help remove some of the stigma of this condition, Wallis said. However, Wallis warned that these findings should not be used as a rationale for addicts to maintain unhealthy habits. Chronic drug and alcohol use changes the brain circuitry, and that can lead to unhealthy choices, he said.

If anything, he said, the findings offer hope that, through understanding the mechanism of addiction, treatment can be targeted at these risk-weighing, decision-making centers of the brain.

“We know beyond doubt that addiction is a complex brain disease with significant behavioral characteristics,” said Susan E. Foster, vice president and director of policy research and analysis at the National Center on Addiction and Substance Abuse at Columbia University. “This research is an important contribution to understanding how the disease works.  The challenge going forward is to sharpen our understanding, translate this knowledge into effective medical treatments and new prevention strategies and ultimately find a cure for this disease.”