A new law took effect in California last year allowing pharmacists to prescribe birth control. But few of the state’s pharmacies are actually offering this service, according to new UC Berkeley research. 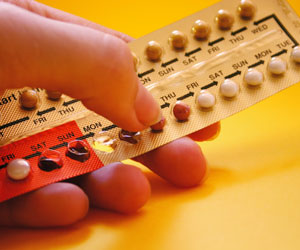 A study, published today in the Journal of the American Medical Association, shows that just 11 percent of the state’s more than 5,000 community-based retail pharmacies offer birth control. Among those that do, the vast majority (68 percent) charge a fee for the service.

“Our findings strongly suggest that more pharmacies need to offer this service to live up to the promise of widespread, easier access to birth control,” said study lead author Anu Manchikanti Gomez, an assistant professor of social welfare and director of the campus’s Sexual Health and Reproductive Equity Program.

Enacted in 2013 and implemented in April 2016, the legislation aims to make it easier for women to obtain birth control, including contraceptive pills, patches, rings and injections, by getting it directly from a pharmacist without having to see a doctor or nurse first, thereby offering women more ways to avoid unplanned pregnancies.

The law does not require pharmacists to prescribe birth control but hopes to encourage them. Supporters argue that expanded access to contraception is needed for low-income women, especially those in rural areas who can’t afford to pay for doctor’s visits, and for teenagers who may feel uncomfortable asking their family physician for a birth control prescription.

While insurance still covers the cost of the contraception itself, pharmacies may charge patients fees for birth-control-related services since insurers are currently not required to reimburse for them.

California, Oregon, Colorado and New Mexico are the four states that currently allow pharmacists to prescribe birth control once they have been trained on patients’ potential health risks and to counsel them about appropriate birth control for their needs.

To document the reach of pharmacist-prescribed contraception, UC Berkeley researchers conducted telephone surveys of a representative sample of more than 1,000 California licensed pharmacies between February and April 2017. Most of the pharmacies were in urban areas and affiliated with retail chains, such as CVS and Safeway.

Interviewers asked pharmacy staff if they offered birth control without a prescription from a doctor. If they said they did, interviewers followed up with questions about the types of contraception available and whether they charged service fees.

The results showed that one in 11 of the pharmacies called had pharmacists who could prescribe birth control, including birth control pills (77 percent), vaginal rings (40 percent), patches (38 percent) and injectable contraception (9 percent).

Of the drugstores that offered contraception, approximately 68 percent had set service fees of between $40 and $45, the study found.

“Even when contraception is available in pharmacies, it may not be economically accessible because of fees,” the study points out.

Birth control is usually obtained through a prescription from a physician or other healthcare professional. The Affordable Care Act requires private insurance plans to cover contraception, though companies with religious or moral objections may opt out. A law passed in 2017 requires Medi-Cal to reimburse pharmacists who provide birth control for the services they provide by 2021.