Eric Brewer, professor of electrical engineering and computer sciences at the University of California, Berkeley, is the 2009 recipient of the ACM-Infosys Foundation Award in the Computing Sciences, a prestigious honor that comes with a $150,000 prize. 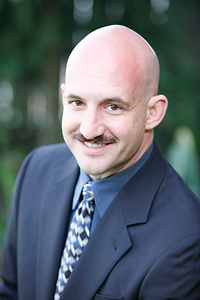 It was in the early 1990s that Brewer built a prototype at UC Berkeley of a highly scalable, cost-effective Web search service using clusters of computers. Brewer and UC Berkeley graduate student Paul Gauthier went on to form Inktomi Corp., purchased by Yahoo! in 2003, based upon this prototype.

"It has been a remarkable 15-year journey that started with four PCs pretending to be a supercomputer, to 100- and 1000-node clusters that enabled searching the Internet, to the million-node ‘clouds' whose revolutionary impact is largely yet to come," said Brewer.

The ACM-Infosys Foundation Award, established in August 2007, recognizes personal contributions by young scientists and system developers to a contemporary innovation that exemplifies the greatest recent achievements in the computing field.

"Professor Brewer's influential work on scalable Web services has defined the basic architecture that is used by almost all systems, and marks him as a visionary with the potential to advance society on numerous social and economic levels," said ACM President Dame Wendy Hall.

Brewer has directed his recent research on serving tens of thousands of people in developing countries with information systems that deliver health care, energy and other local resources. This work is often conducted through the Technology and Infrastructure for Emerging Regions project, headed by Brewer and sponsored by UC Berkeley's Center for Information Technology Research in the Interest of Society.

"We are especially proud to honor Eric Brewer for contributions to computer science research and his demonstration of the use of IT for the benefit of disadvantaged populations in many regions, especially in developing nations," said S. Gopalakrishnan, CEO and managing director of Infosys Technologies.

Brewer was elected to the National Academy of Engineering in 2007 and selected as an ACM Fellow in 2008. He was named one of the Top Ten Innovators by InfoWorld in 2001 for his work on Internet search engines. In 2000, the Industry Standard named him Most Influential Internet Architect for his contributions to large-scale Web caching and early overlay networks. He holds a 1989 B.S. in electrical engineering and computer sciences from UC Berkeley and a 1994 Ph.D. from the Massachusetts Institute of Technology.

The announcement of Brewer's award comes less than a week after ACM honored another UC Berkeley alumnus, Charles P. Thacker, with the $250,000 A.M. Turing Award, considered the Nobel prize of computer science. Thacker earned his bachelor's degree in physics from UC Berkeley in 1967.