UC Berkeley biochemist Jennifer Doudna, molecular biologist Robert Tijan and a team of researchers have expanded the role of the newly discovered CRISPR protein C2c2 that targets RNA instead of DNA. 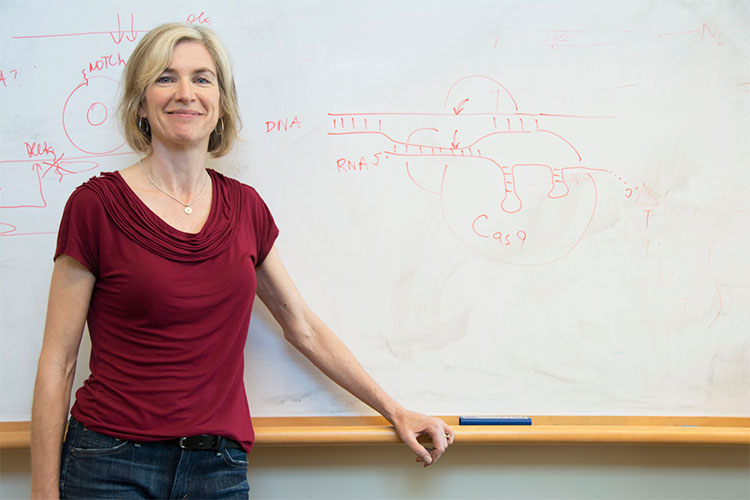 C2c2 has been described as an RNA-guided RNA-cutting enzyme; however, a full understanding of how this protein acts to cleave RNA was lacking. In a paper published today in Nature titled “Two distinct RNase activities of CRISPR-C2c2 enable guide-RNA processing and RNA detection,” the researchers were able to show that C2c2 has not one, as previously thought, but two distinct RNA cutting activities that in concert can be harnessed for robust RNA detection and degradation.

“This study expands our molecular understanding of C2c2 to guide RNA processing and provides the first application of this novel RNase,” said Doudna, who is also a Howard Hughes Medical Institute investigator. “C2c2 is essentially a self-arming sentinel that attacks all RNAs upon detecting its target. This activity can be harnessed as an auto-amplifying detector that may be useful as a low-cost diagnostic.”

The two distinct RNA cutting activities each have their own function. The first is responsible for producing guide RNAs that enable C2c2 to find specific target RNA molecules. The second, activated once a complementary RNA target is found, serves as a general RNA cleaver that destroys all RNAs that are present.

Read the paper in Nature.